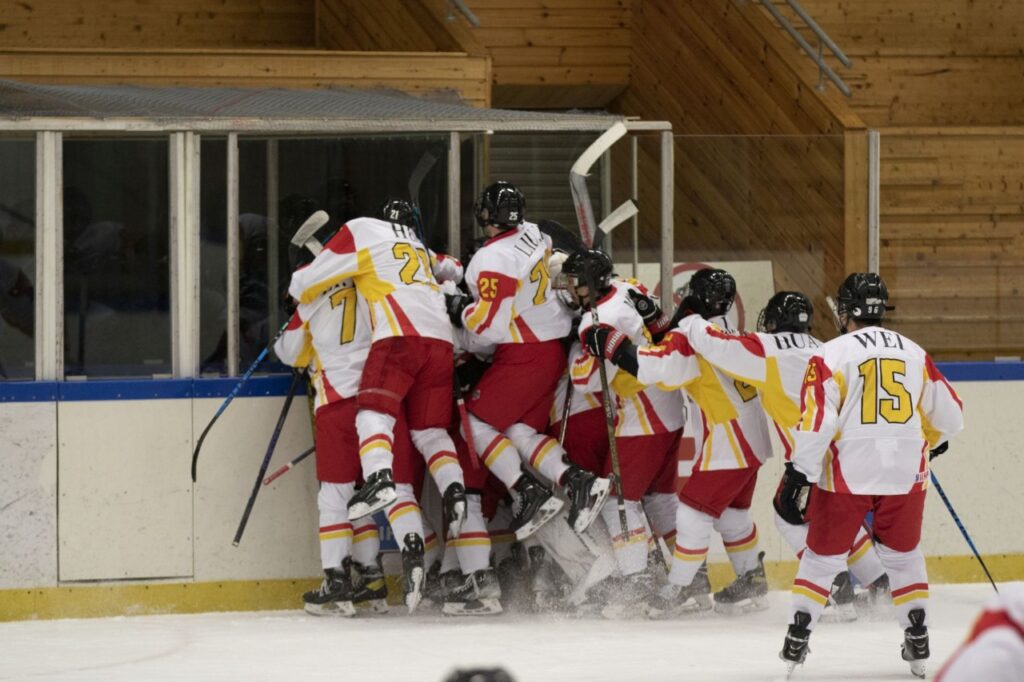 The future of Chinese hockey is in good hands. This week China’s U20 national team won World Championship gold in Reykjavik, Iceland, enjoying its first triumph at an IIHF Division II tournament.

Our youngsters came out on top in Division IIB of the World Championship, defeating teams from Iceland, Belgium, Serbia, Chinese Taipei and Mexico. And, in a week of steadily improving performances, China moved from a tense overtime win against the Belgians in the opener to finish with five straight victories and a goal differential of 29-9.

That game against Belgium was vital. Our guys trailed three times, but kept their composure to claw back the top seed each time. Then, in overtime, we began to believe. China dominated the extras and got its reward in the final minute when Lyu Zhiyi, a prospect from U.S. AAA hockey, grabbed the all-important game-winner. At the end of the tournament, China would finish one point ahead of Belgium and it was all down to that opening victory.

The versatile Wei Ziyao – like our own Jason Fram, he can play at either end of the ice – acknowledged that the Belgium game was the start of something big.

“We got better and better throughout the five games,” he told the IIHF’s Weibo live stream. “When we first arrived, we were nervous in the first game. Through our constant discussions with each other and communication with the coach, the whole team gradually got better. We are excited about the result.”

Wei’s contribution sums up the commitment and flexibility of this team. Usually a defenseman, he was switched to the attack partway through the competition as head coach Aleksandrs Macijevkis sought greater firepower. Overcoming his nerves at taking on a new role in a major tournament, Wei finished with 5 (3+2) points and China’s scoring picked up. The first two games brought eight goals, a tally the team matched in game three, an 8-2 thrashing of a Serbian team that had its own hopes of gold. After that, a 5-2 success against Iceland meant everything was in China’s hands on the final day: defeat Chinese Taipei and take gold, regardless of other results.

That Sunday showdown was never really in doubt. Two first-period goals, one of them from Wei, set the tone and the young Dragons rolled to an 8-2 victory. Job done, in fine style.

Team captain Chen Kailin, Beijing born but one of a handful of North…