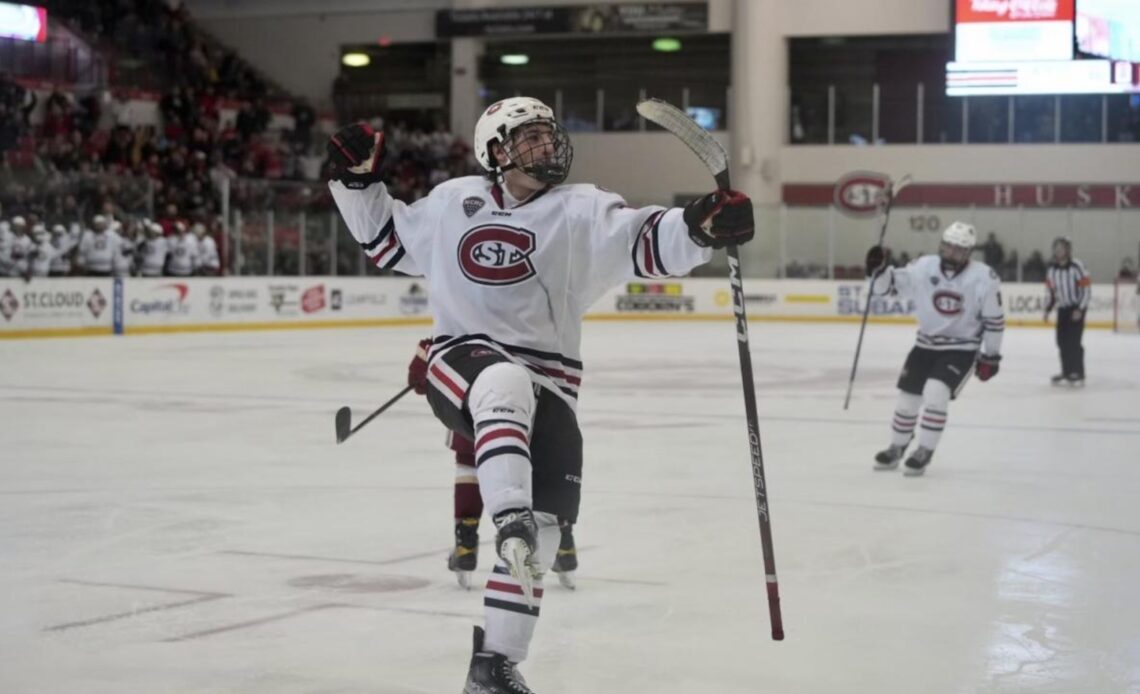 A wild weekend of sweeps and upsets shook up the men’s college hockey landscape, leading to some jockeying in the second Power 10 of the season.

A reminder: these are my rankings alone, and I base them on a combination of the PairWise, strength of schedule, recent results and trends that have emerged over the course of the season. New rankings come out every other week until the men’s hockey tournament in March.

Here is this week’s Power 10 (previous rankings in parentheses):

1. St. Cloud State (2) – There’s a new top dog in town. St. Cloud swept Denver this weekend in a big NCHC series. SCSU (18-6-0, 10-4-0 NCHC) is one of the stingiest teams in the nation as both goaltenders in Dominic Basse and Jaxon Castor are having stellar seasons. Meanwhile, their key veterans are getting it done offensively in addition to key production from role players down the lineup. They have a tough road series at Minnesota Duluth this weekend.

OH HOW SWEEP: How No. 4 St. Cloud State earned huge NCHC sweep over No. 3 Denver

3. Quinnipiac (1) – What a disaster this weekend was for the Bobcats. Quinnipiac fell flat to No. 16 Cornell in a 4-0 shutout on Friday before blowing a 2-0 lead in a 3-2 loss to unranked Colgate on Saturday for their first losses since Oct. 22. With the Bobcats at 18-3-3 (12-2-0 ECAC), it’s easy to forget losses will happen. QU needs to get back on track this weekend against Sacred Heart before facing the winner of No. 13 UConn/Yale in the Connecticut Ice tournament.

UPSETS: How No. 16 Cornell toppled No. 1 Quinnipiac | How Colgate handed QU a second straight loss

4. Denver (3) – The Pioneers (19-7-0, 10-4-0 NCHC) had a tough weekend at St. Cloud. DU looked to be in good shape after taking the lead in the second period in Game 1, but from there the series was all SCSU. Denver has had some slip-ups lately, but should be fine in the long run because of depth and experience. It doesn’t get easier for the Pios this weekend as they return home to face a pesky Colorado College squad.