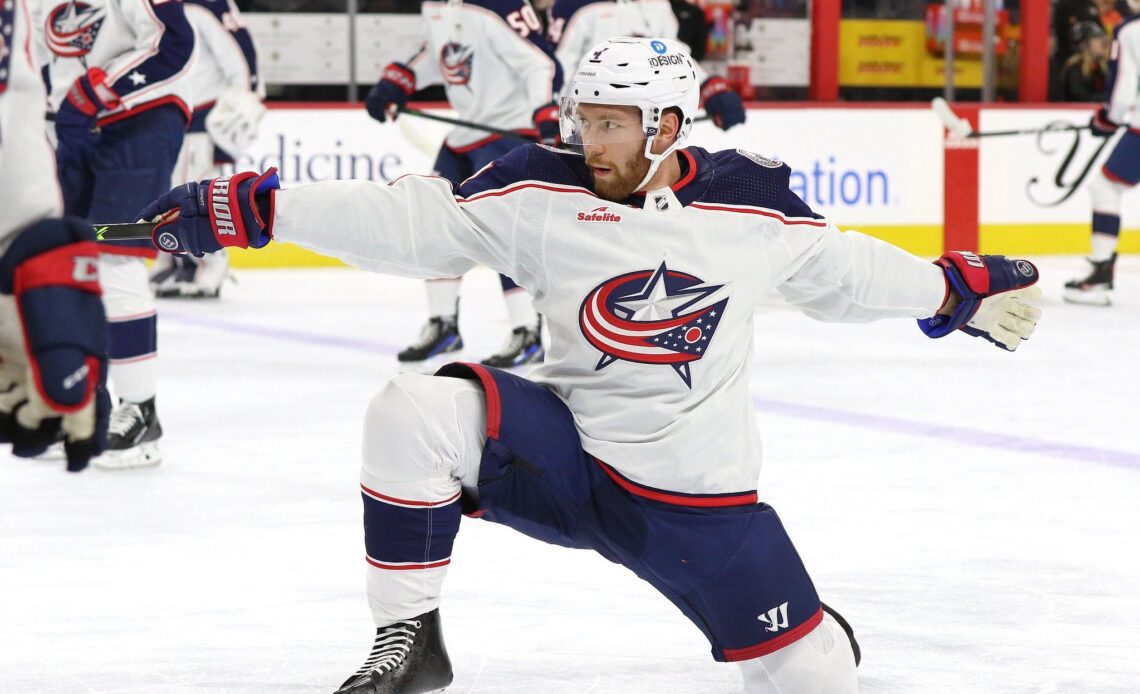 NHL insider Elliotte Friedman noted during the 32 Thoughts segment of Saturday’s Hockey Night in Canada broadcast that the Edmonton Oilers and Toronto Maple Leafs are both believed to be interested in Vladislav Gavrikov of the Columbus Blue Jackets. A well-rounded defenseman who is said to be among the better defensive specialists available at this year’s NHL Trade Deadline, it makes sense both teams would have interest, especially considering their current needs and what Gavrikov brings to the table.

Gavrikov had 33 points last season (10 points this season) and is logging more than 22 minutes a night this year, filling in as best he can for Zack Werenski who went down early in the season with a long-term injury.

Why Gavrikov for the Leafs and Oilers?

Part of the appeal isn’t just what Gavrkov brings on the ice. Yes, he’s said to be more of a ‘shutdown’ defender than some of the options out there this season, but his contract and term are appealing to both GM Kyle Dubas (Leafs) and Ken Holland (Oilers) because he’s a pending UFA. Gavrikov plays a hard game and isn’t afraid to make plays in the offensive zone. That said, both teams would be getting this skill set at a cost of $2.8 million (pro-rated for the remainder of this season). He’s a rental, even though the Blue Jackets have given any team that wants to talk trade the chance to talk extension.

For the Leafs and Oilers, salary and flexibility on contracts matter a great deal. Toronto is waiting on Jake Muzzin’s injury status before really getting involved in the trade deadline. Beyond that, they have serious cap questions over the next couple of seasons. For the Oilers, they have little cap space with which to work, only exaggerated by the need to move out money before Kailer Yamamoto returns from LTIR in a couple of weeks.

The Asking Price For Gavrikov

Like most bigger-name defensemen available ahead of March 3, the asking price is through the roof for Gavrikov. It is said the Blue Jackets want at least what they got for David Savard (a first and a third-round pick) and maybe more. The Blue Jackets wanted to re-sign him and believe this is a player who is/was better than Savard at the time Savard was traded to the Tampa Bay Lightning and helped that team win a Stanley Cup.

That begs the question, is he worth it? If the Oilers and Maple Leafs have both identified this is the player…