Oilers’ Future Lies in the Hands of McDavid & Draisaitl’s Contracts 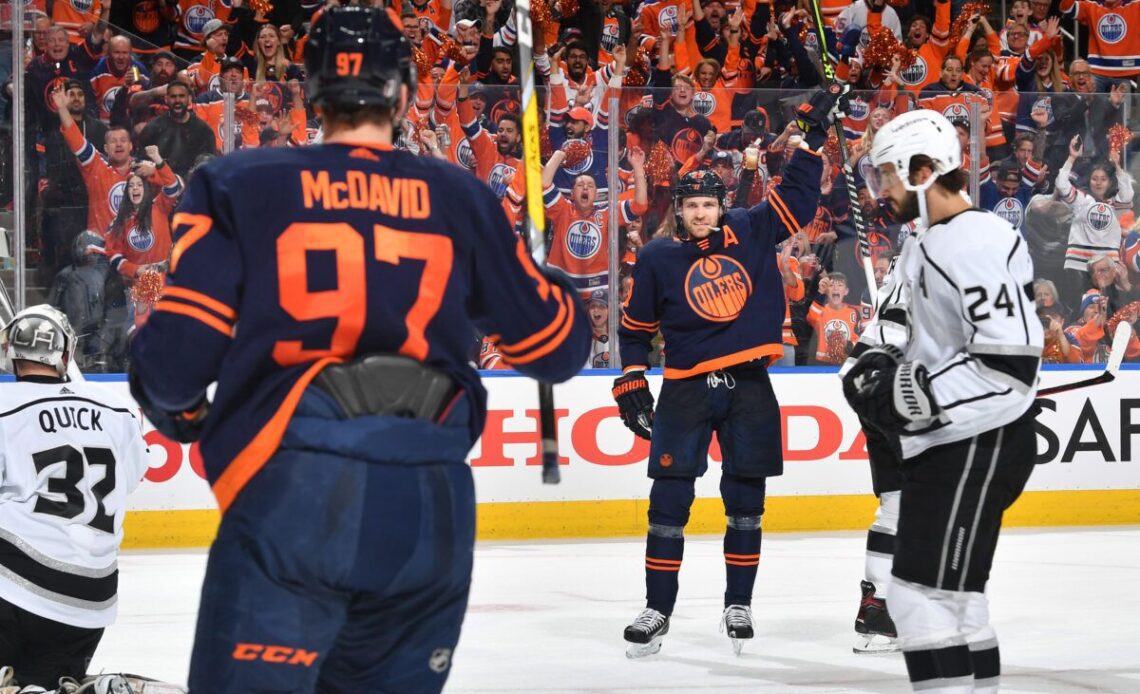 A lot of the Edmonton Oilers‘ plans over the next few seasons depends on their two-star players’ contracts – the interest in re-signing, the length of their next contracts, and for how much money. Connor McDavid and Leon Draisaitl are arguably the two best players in the NHL and prove it year after year with the numbers they put up. The Oilers’ offence runs through them, and allows the team to be competitive each season.

I don’t see either McDavid or Draisaitl abandoning the other when they enjoy playing alongside each other so much and are an amazing duo. But what will essentially help or hurt the team’s chances at a Stanley Cup if they don’t win within the next three seasons is how much of a pay raise each takes. The Oilers will have to give them what they want, considering how elite each is. Too much money could be detrimental to the team in that there isn’t more money to spend on better complementary players or depth pieces. Though McDavid and Draisaitl are the backbone of the Oilers, it takes a team to win, supported by the fact that they don’t have a Cup yet, and one or the other have led the league in scoring in five of the past six seasons.

Right now, by chance or by design, there are a number of team-friendly contracts on the Oilers, and it has allowed them to carry more impactful players on the roster. McDavid has the highest cap hit in the league this season and deserves every penny of that. But players like Draisaitl, Ryan Nugent-Hopkins, and Zach Hyman are very underpaid for the production and contributions they have provided this season.

Fortunately for the Oilers, all four players will be considered underpaid for a number of years yet and give the Oilers a great chance at winning. McDavid, though he is the highest-paid player in the league this season, won’t be starting next season. At $12.5 million AAV, most people would still consider that an underpayment. He leads the NHL this season in goals (40), points (88), power-play points (43), and more in just 48 games. He is on pace for his first Rocket Richard Trophy, fifth Art Ross Trophy, third Hart Trophy, and fourth Ted Lindsay Award, all in his first eight seasons in the NHL. There wouldn’t be many arguments if he has a max contract.

Related: Oilers Have Made 3 Forwards Available for Trade – Who Goes?