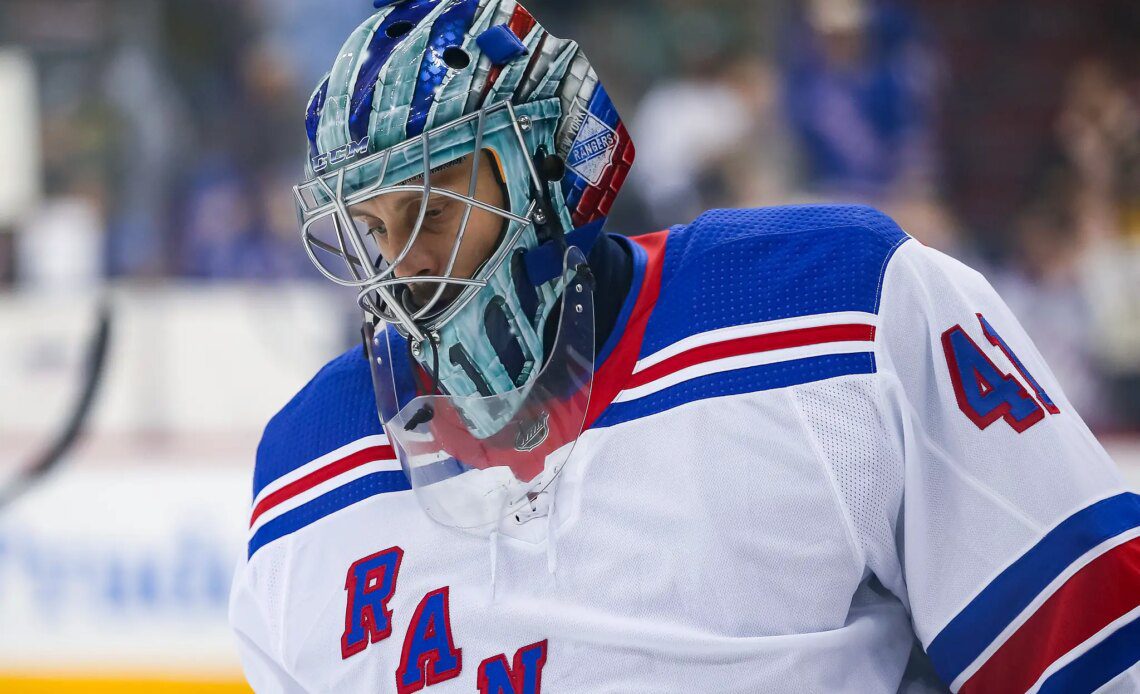 After a disappointing 11-10-5 start to their season, the New York Rangers are 14-4-2 in their last 20 games. Stars Adam Fox, K’Andre Miller, and Igor Shesterkin have all stepped up but they are also getting key contributions from some unlikely players as well. Backup goalie Jaroslav Halak and defenseman Ben Harpur have each played a role in New York’s turnaround.

The Rangers signed Halak to a one-year contract after trading Alexandar Georgiev to the Colorado Avalanche in the offseason. The 37-year-old backup has had a long, steady career but he got off to a bad start this season. He lost each of his first six starts (with one of the losses coming in overtime) and seemed to give up a soft goal every game including a few on shots from bad angles.

Though Halak did not play well in his first few games, he also did not get enough help from his teammates as the Rangers managed to score just seven goals in his first six starts. He did manage to steal the team a point in a 3-2 overtime loss to the Detroit Red Wings on Nov. 6 even though the Blueshirts played poorly. He made 33 saves, including a couple on great scoring chances from the slot.

Halak has now looked much sharper in goal, winning five of his last six starts including four in a row. Even more importantly, he is coming up with timely saves late in games to hold on to leads. He stopped 32 of 35 shots in a 5-3 road win over the Florida Panthers on Jan. 1.

After his rough start, Halak is playing very well and putting the Rangers in a position to win without star goalie Igor Shesterkin starting. His save percentage is now .901 and steadily climbing.

Like Halak, the Rangers signed Harpur to a one-year contract in the offseason but the 28-year-old blueliner began the season with the Hartford Wolf Pack of the American Hockey League…