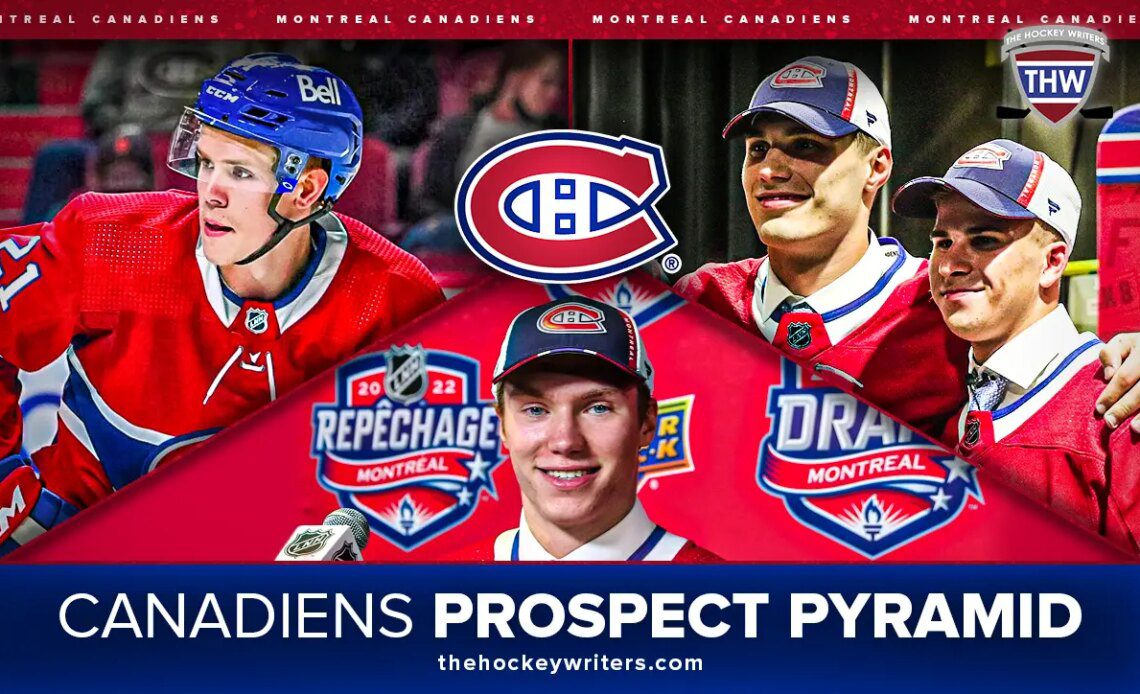 The fans of the Montreal Canadiens are enjoying (or not) a roller coaster season. The start of the 2022-23 campaign saw a Canadiens lineup fighting for a playoff spot. Then November ended, leading to the dreaded December road trips because it seemed to be more important to get Cirque du Soleil into the Bell Center over Christmas than it was for the Habs to simplify their travel schedule.

Since that time, the Canadiens have suffered significant injuries to several members of the roster, and their record now reflects a team more in line with a bottom-five draft selection in 2023, which does please many of the fan base. In terms of a team in a rebuild, the more high picks they can collect, the quicker it will be completed. As for the prospects already on hand, many are taking major steps forward thanks in part to the organization’s focus on development.

Definition of a Prospect

For this exercise, I will keep the definition of a prospect simple. It is a player under 23 years old, who has only played less than one full NHL season, or is playing in a lower league, professional or amateur, and has not played a season in the NHL previously. For goaltenders, they must not have played 50 NHL games. Also, they must be 25 years of age or younger.

Using this as the basis to follow, names such as (recently injured) Cole Caufield, team captain Nick Suzuki and Kirby Dach no longer apply. Adding them to this pyramid would greatly improve the outlook of the prospect pool for the Canadiens, but using established NHL players would only act to artificially inflate the values or rankings of the prospect pool.

A pyramid is just as subjective as any other traditionally used ranking system. What this approach will do is look at a prospect’s top-end potential as opposed to arguing why Prospect A is ranked fourth over Prospect B. Most players will never reach their top-end potential; however, the Canadiens’ management team has begun to focus on modernizing their player development plans with the creation of analytics and skill development departments. The hiring of a head coach that says that his focus is on a player’s ceiling, demonstrates a new inclination toward building the future. With that, draftees and newly acquired players will have a better chance that some will meet, or maybe even exceed the expectations. Some players may have improved their standing or…