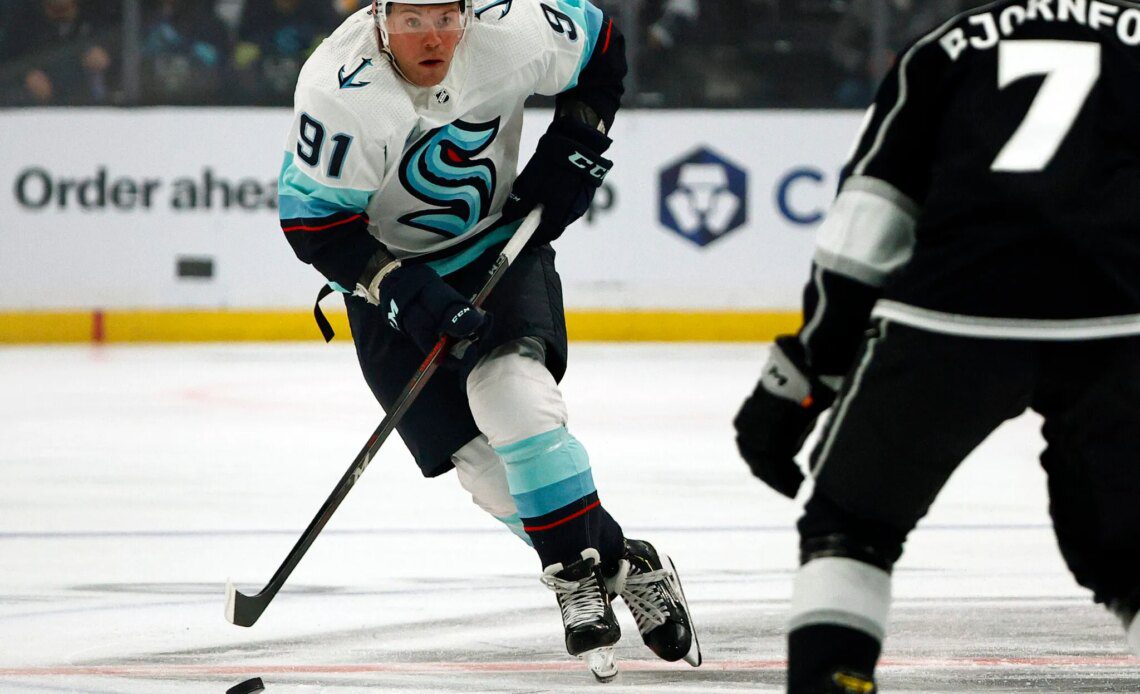 We’ve now passed the NHL’s halfway mark, and for the Seattle Kraken, 36 games remain and could pave the way for what could be the franchise’s first playoff run. The remaining games feature several divisional matchups, some Eastern swings, and a home-and-home that could ultimately decide the division.

The Kraken have done well to put themselves in a position to succeed as we enter the dog days of the season, but every game is important. Their 27-14-5 record ranks second in the Pacific Division and fourth in the Western Conference, but you can bet their aspirations are set higher.

The Pacific is up for grabs, and the Kraken have a tough battle ahead of them as they look to fend off the Vegas Golden Knights, Los Angeles Kings, and the Edmonton Oilers. With 11 of the Kraken’s final 36 games against Pacific opponents, they must beat the teams they’re most familiar with.

To this point, Seattle has an 8-5-2 record against division opponents, which means they’ve left several points on the table in close games, despite their winning record. Their goal differential against the division is near even, and even in high-scoring games, their opponents tend to stick around. With a 4-2-2 record in one-goal games, the Kraken need to find a way to secure two points in these tight contests.

This is where depth scoring comes into play. Yes, they will get scoring from their top six, that’s what they’re built to do. But every ounce of offense they can get from their role players is precious.

While he has seen elevated minutes in the past several games, Ryan Donato has provided an offensive spark in the bottom six minutes. He seemingly found another gear in December, and his eight goals since Dec. 1, are tied for third on the team over that span.

Daniel Sprong has the second most goals since Dec. 1, with 10 goals in 24 games. This is on top of his already strong start, which has immensely impacted the Kraken’s ability to create offense. Both Sprong and Donato are averaging less than 12 minutes of ice time per game, so they’re clearly making the most of their opportunities.

Related: 3 Kraken Who Could Carry December Success Into 2023

If the bottom portion of the lineup can continue to produce at its current rate and the top half does its job, the Kraken should be set for a strong second half. Their offensive game is incredibly important, as…