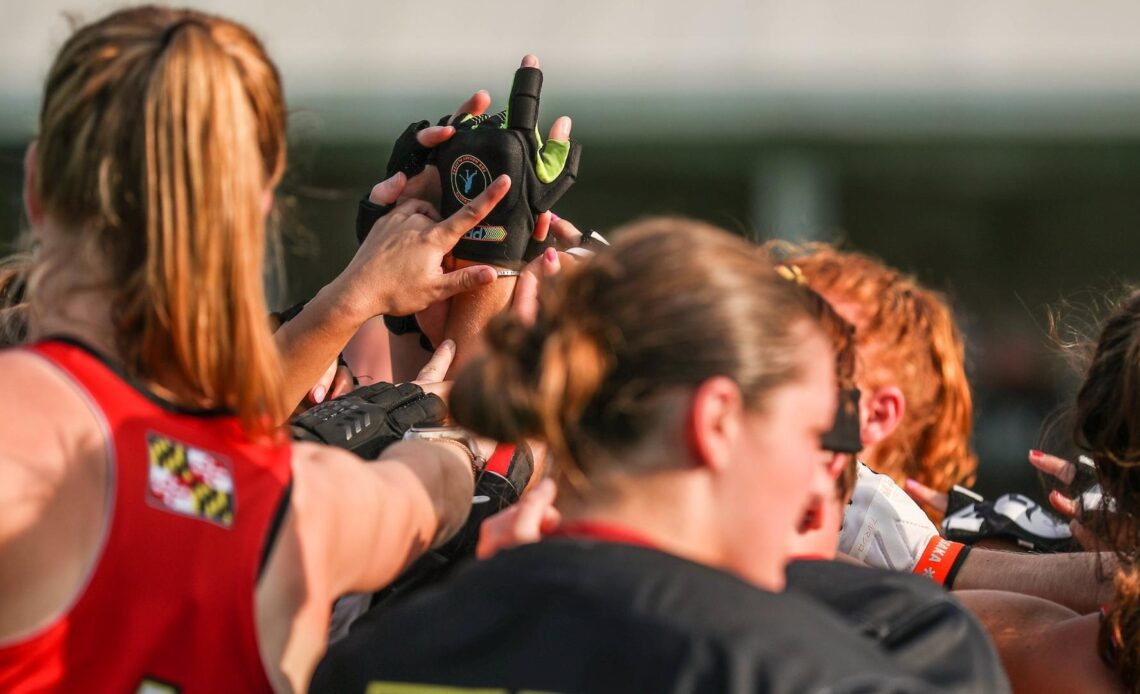 Josie Hollamon, an incoming freshman, is also a member of the U.S. Women’s National Team and was recently selected as a National Field Hockey Coaches Association First-Team All-American. Hollamon will join the Terps for the 2023 spring campaign. The defender from Delmar, Delaware is a consensus top-10 recruit and a four-time state champion at Delmar High School.

Maci Bradford, also a native of Delmar, Delaware receives recognition after being named D-II Offensive Player of the Year and winning the 2022 state championship at Delmar High School. Another top recruit in the class of 2023, Bradford will come to College Park as one of the premier goal scorers across high school field hockey and an NFHCA First Team All-American.

Klebasko earns recognition after a tremendous season at Garrison Forest School which earned her Baltimore Banner/VSN 2022 Top Defender of The Year and NFHCA First Team All-American honors. The Odenton, Maryland native had a standout season this fall, recording an 85.4 save percentage and allowing only 14 goals in 18 games.

Maya Everett, a Class 4A state champion at nearby Broadneck High School earns first team selection after a 2022 campaign that earned her Baltimore Banner/VSN 2022 Player of the Year honors. Everett, a midfielder, led Broadneck to a perfect 20-0 undefeated season and their first state championship in 20 years. The Arnold, Maryland native played all over the midfield scoring 19 goals and tallying nine assists over the fall 2022 season.