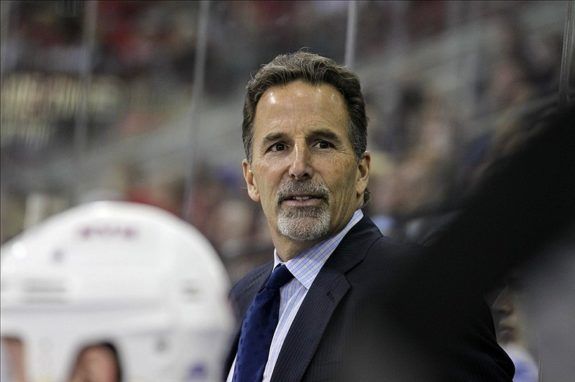 The Philadelphia Flyers have become the John Tortorella show during the first season under their new head coach. From his stoned-faced press conference attitude to his contentious decisions to sit veteran NHL players, the former Stanley Cup winner has dominated the headlines in Philadelphia in 2022-23. The Flyers might lack the talent to compete with the top tier of the NHL, but they’ve taken a step forward after disastrous seasons in 2020-21 and 2021-22.

They have won nine of 13 since the holiday break. Tortorella has implemented a more effective structure and established a standard for a group that lost its way during the previous two seasons. While the future in Philadelphia still has a long list of question marks, the trajectory of the product on the ice in 2022-23 aligns with the initial growing pains their head coach had in his previous NHL stops before achieving his best moments of success.

What can the Flyers learn about the direction the franchise is heading based on the history of their head coach in his four extended stops in the NHL?

Tortorella stepped behind the bench for the Tampa Bay Lightning in his first extended look as an NHL head coach for 43 games to finish the 2000-01 season. He didn’t gain footing with an underwhelming roster and a franchise with no hockey tradition. His first full season in 2001-02 season included some minimal improvement and a general manager (GM) change.

Vincent Lecavalier and Brad Richards, Tampa Bay’s first two selections in the 1998 NHL Entry Draft, didn’t break out until the 2002-03 season. The addition of Martin St. Louis, one of the best free agent pickups of all time, gave the Lightning a formidable attack that helped them advance in the postseason for the first time in franchise history during the 2003 Stanley Cup Playoffs.

The developing core made the hockey world take the state of Florida seriously in 2003-04. They finished as the top seed in the Eastern Conference and blew through two easy series with an 8-1 record to advance to the Conference Final. They met a surging Flyers team in a tightly-fought seven-game series that Tortorella later mentioned as the point when he grew his respect for the city of Philadelphia and the Flyers as an organization.

Tortorella and the Lightning became Stanley Cup champions with a victory over the Calgary Flames. The…