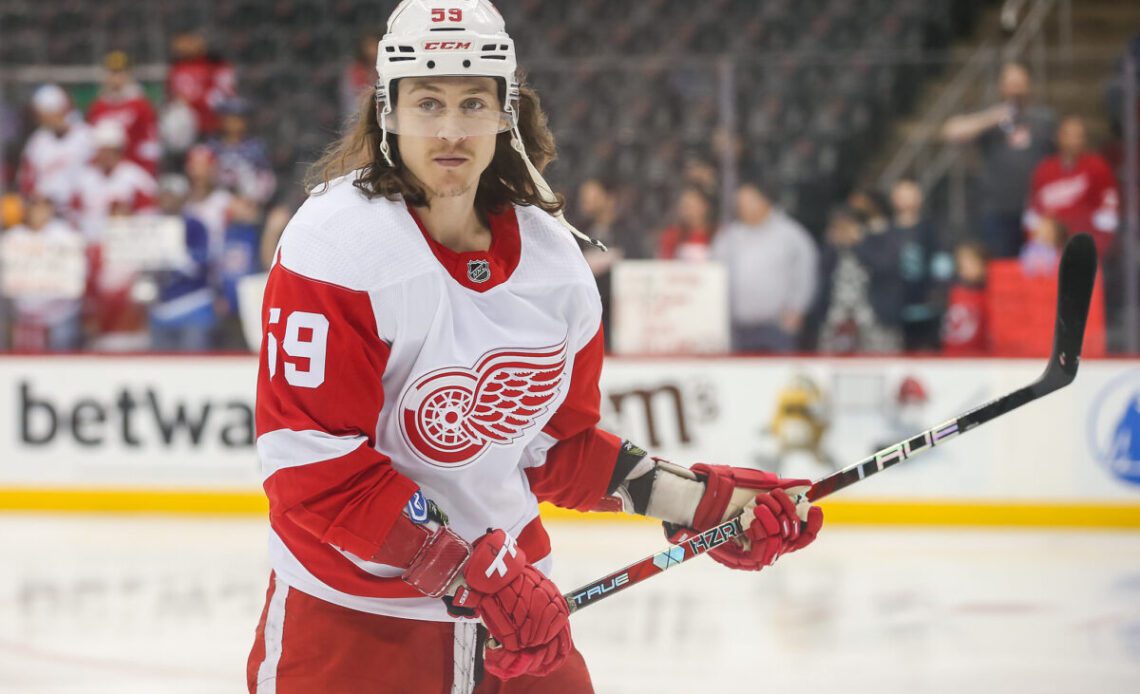 Could this be the last year that the Detroit Red Wings sell at the trade deadline? It’s entirely possible we see playoff action in Hockeytown next spring.

But until then, the rebuild chugs along. The Red Wings have a few players that could be dealt in the coming weeks, with Tyler Bertuzzi being the most prominent.

Overall, Detroit’s game plan should be to sell off expiring contracts so they can better position themselves as buyers once we reach the offseason. This team is close to breaking through, and having a war chest of draft picks and prospects will make buying later much easier.

With that being said, let’s take a look at Detroit’s top trade chips heading into the 2023 trade deadline.

Summary: By far Detroit’s most appealing trade chip, Bertuzzi needs a healthy stretch to maximize his value. To date, he’s missed time with three separate injuries – which is not what playoff-bound teams want to see.

Bertuzzi can slot in anywhere in the top nine, and his role will depend entirely on which team acquires him. He can be a complementary, grinding player on a top line or add some tenacity and timely scoring to a middle-six line.

Trade Value: Varies depending on salary retention and contract extension. At least a first-round pick; more if salary is retained or the acquiring team has a contract in place.

Summary: Suter has filled just about every role this season for the Red Wings. He skated on the first line for a few games, served as the shutdown fourth line center, played all over the middle six, and killed penalties. Acquiring teams would be getting just that – a responsible utility player with some offensive upside.

If anything, Suter’s contract may serve as somewhat of a hindrance. The Red Wings could retain salary, of course, and make the forward more attractive to potential suitors. You just have to keep in mind that Detroit can only retain salary on three contracts, and one of those slots is already occupied by Richard Panik.