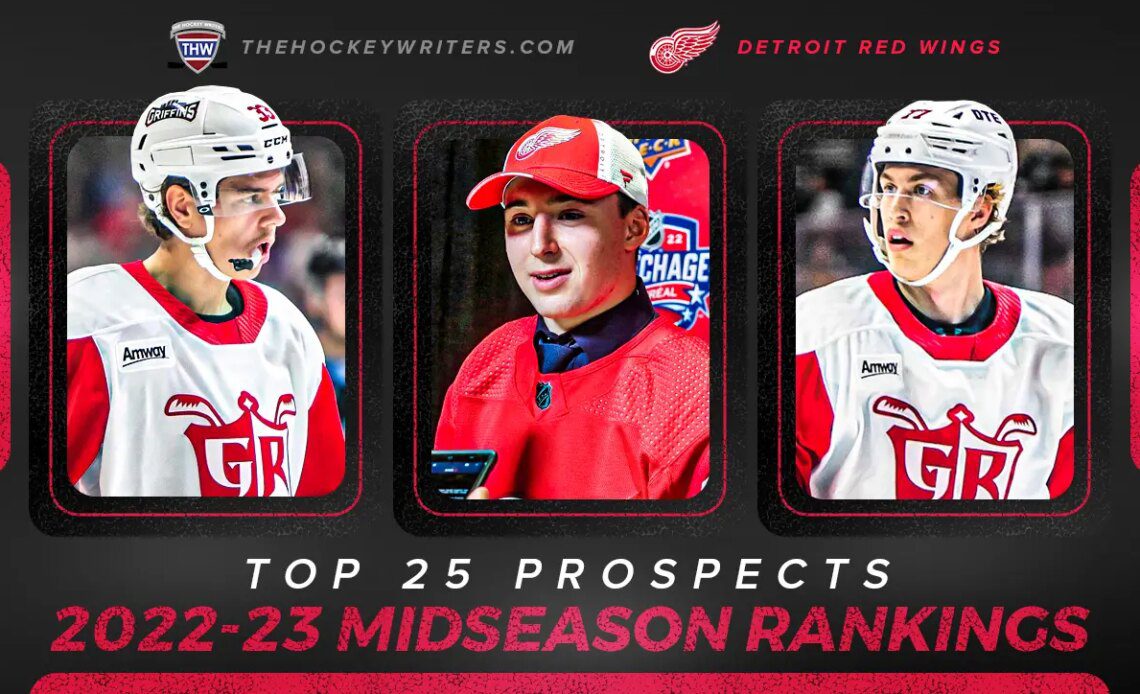 In the aftermath of the 2022 NHL Draft, one thing was clear: the Detroit Red Wings had established a deep prospect pool with at least one high-end prospect at almost every position. Since Steve Yzerman took over as the general manager of the Red Wings in the Spring of 2019, Detroit has added exactly 40 prospects in the draft, with some already making an impact in the NHL. But in the world of professional sports, having a good quantity of prospects only matters if there’s enough quality spread throughout the pool.

Back in July of 2022, we released a top-25 prospect rankings after the Red Wings completed their haul at the 2022 NHL Draft. Since then, we’ve had some key graduations from the list, and we’ve seen plenty of prospects raise their stock while others have either stagnated or even seen their stock take a hit. After almost six months and plenty of hockey at various levels, it’s time to update our rankings. But first, here’s a quick reminder of the criteria I use to determine where each prospect lands:

Without further ado, here are the Red Wings’ top 25 prospects at the halfway point of the 2022-23 season.

A player whose greatest skills are his ability to move himself and the puck, Anton Johansson has already become something of a pleasant surprise for the Red Wings. A fourth round pick in last year’s draft, the Swedish defenseman hits all the points on Detroit’s checklist for what they have looked for in defensive prospects in recent years: size (6-foot-4, 187 pounds), mobility, and skill. His play at the J20 level this season has been so good that he has played 13 games against men in the Swedish Hockey League (SHL) this season.

Johansson won’t truly put his name on the map…