Despite young age, Wouters a natural leader for Canucks | TheAHL.com 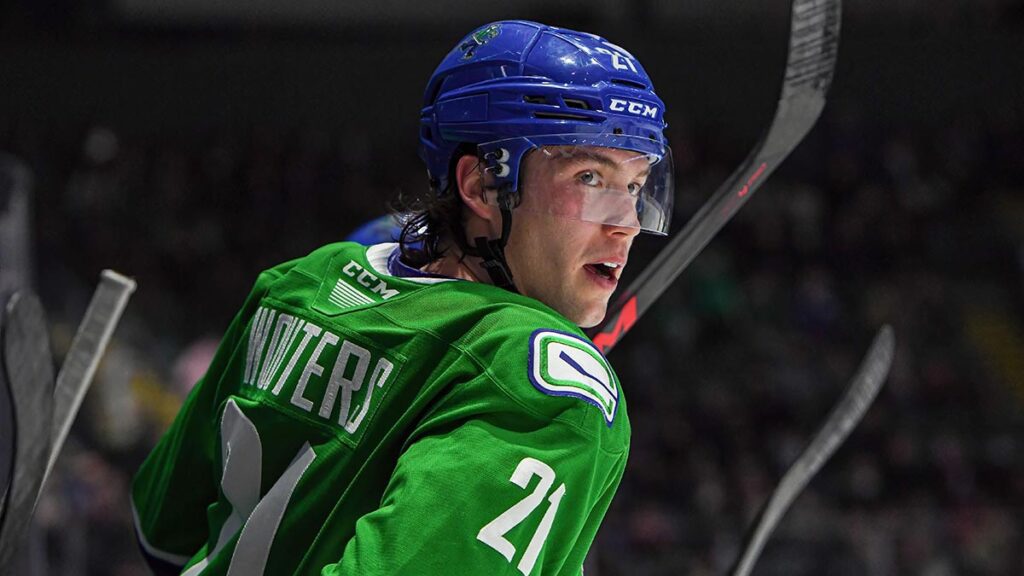 Abbotsford Canucks defenseman Christian Wolanin admitted to surprise when he heard the news going into the club’s season-opening weekend back in October. New to the Vancouver Canucks organization after signing as a free agent last summer, Wolanin had barely even gotten to know Chase Wouters, now his new captain with the AHL club.

What is so special about this Wouters guy anyway?

“I think he’s just as pure a leader as it gets,” Wolanin said. “After just being around him on our first road trip of the year, you see why he’s a leader. Just his play style and the way he approaches every day.”

Wouters, 22, came to Abbotsford as the first player to sign an AHL contract with the club back in July 2021, shortly after Vancouver had brought its AHL affiliation west from Utica. Last season as an AHL rookie, Wouters played 60 games and finished with 18 points (five goals, 13 assists). He made a quick impression on the Vancouver organization with diligent, hard-nosed play and was signed to a new two-year extension on an AHL deal last June.

Setting up an AHL affiliation an hour from downtown Vancouver had satisfied a major organizational objective for the Canucks. The geographical convenience made keeping tabs on prospects with Abbotsford much easier, and it simplified the movement of those prospects to and from the NHL roster. Helping to anchor the roster with character players like Wouters quickly gave the Abbotsford operation stability, and the club ended up going 39-23-5-1 in a competitive Pacific Division.

Jeremy Colliton, who also came aboard last summer as Abbotsford’s new head coach, quickly saw what the organization liked so much about Wouters.

“He sets such a standard for our group with his work ethic and his competitiveness,” Colliton said. “He’s willing to do anything to win. He really cares about his teammates. He wants them to do well.”

Added Colliton: “He brings energy every day.” And that is no small thing for a club like Abbotsford that deals with tough Western Conference travel and extended road trips.

Wouters already had ample experience handling a captaincy from his days in the Western Hockey League with the Saskatoon Blades. Named a captain at age 18, Wouters held the honor for three seasons, becoming the longest-tenured captain in that club’s extensive history. The Blades also fit to retire his number 44 after his WHL career wrapped up after the 2020-21…