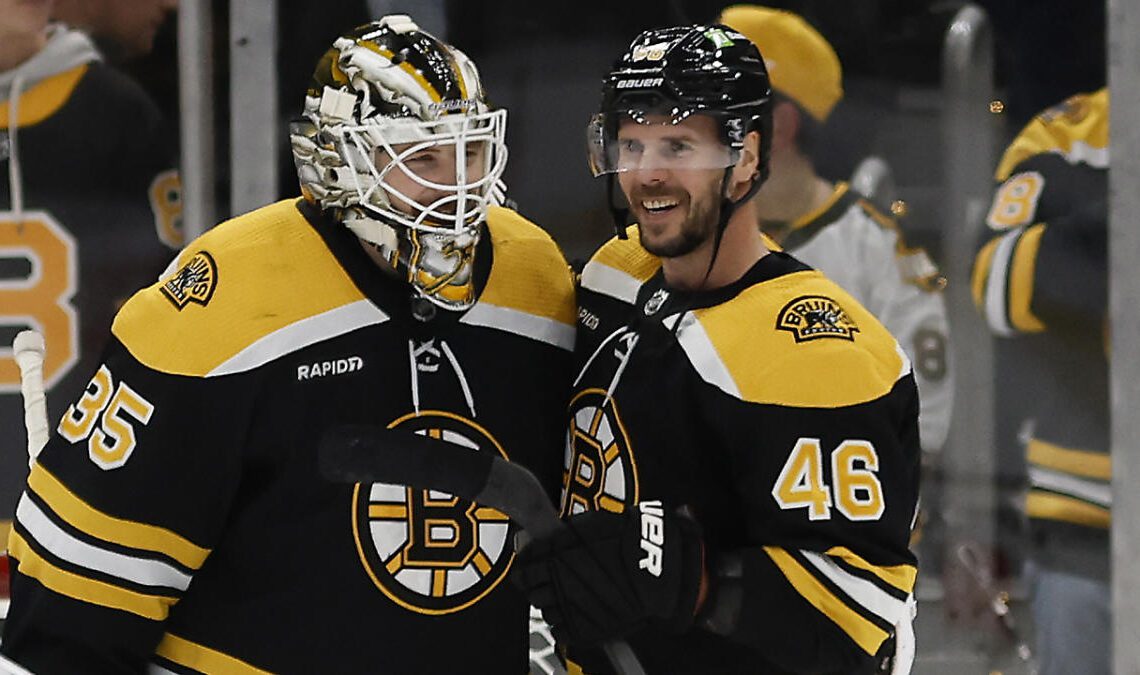 Boston Bruins goalie Linus Ullmark is enjoying the best season of his NHL career by far, and on Sunday night he broke a league and team record that had stood for more than 90 years.

The Boston Bruins netminder earned his 25th win of the season, stopping all 17 shots he faced in a 4-0 victory over the San Jose Sharks at TD Garden.

Ullmark, as a result, became the fastest goalie to 25 wins in league history. It took the 29-year-old veteran just 28 games to hit 25 victories, surpassing the previous record of 29 games set by former Bruins goalie Tiny Thompson during the 1929-30 season. Ullmark won 26 games all of last season.

For comparison, Dallas Stars goalie Jake Oettinger is second in save percentage at .926 and second in GAA at 2.20 — well behind Ullmark in both.