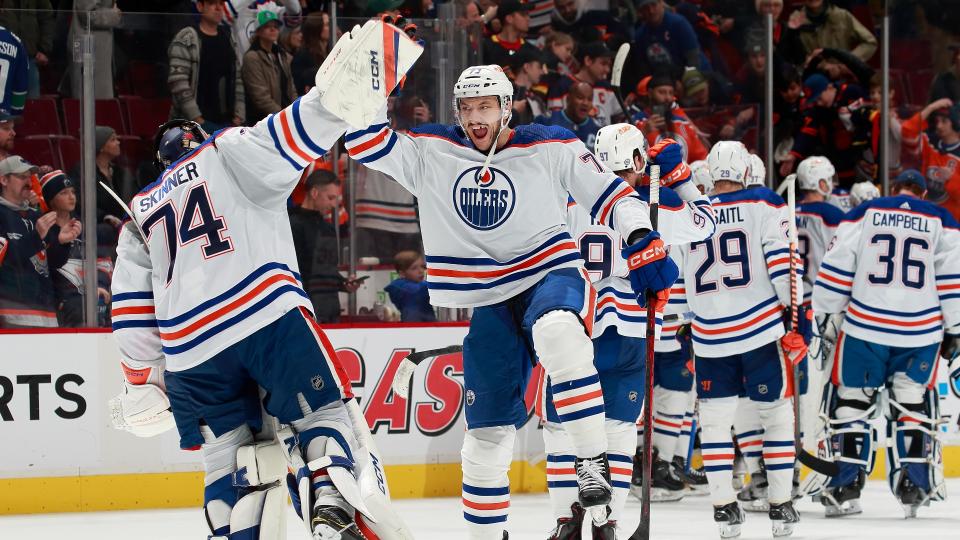 The Edmonton Oilers are cooking with fire right now. During a blistering six-game winning streak, the Oilers look like a well-oiled machine, outscoring opponents by a whopping 31-13 margin.

The bad news is that the Oilers aren’t as dominant as their six-game winning streak would indicate. The good news is that you can get away with serious flaws when you feature Connor McDavid and Leon Draisaitl — especially in a vulnerable Western Conference.

Let’s sort through what’s real about this hot streak, what fans should take with a grain of salt, and how this could all lead into a fascinating 2023 NHL Trade Deadline for the Oilers.

A soft schedule could keep Edmonton on a roll

Through thick and thin, you can usually rely on the obvious with the Edmonton Oilers: plenty of scoring from McDavid, Draisaitl, and a few other top players. In this case, Zach Hyman is especially hot, slightly outscoring McDavid and Draisaitl during the Oilers’ six-game winning streak ( for Hyman, 11 for McDavid and Draisaitl) .

Another constant is that locomotive of a power play, with during this streak.

Overall, that looks like a very Oilers-friendly month. They also are set up for a cushy finish, as they still have three games left against the Sharks, and two games apiece versus the lowly Ducks and Coyotes.

Oilers need to learn the right lessons from this hot streak

Historically, lucky scoring runs and hot winning streaks can bring hidden drawbacks if teams assume that they’ll keep getting those lucky bounces. It’s crucial that the Oilers weigh the exhilaration of this stretch with memories of recent struggles.

On one hand, it’s promising that Jack Campbell managed after putting up stats that would’ve been shaky in the ‘80s. On the…