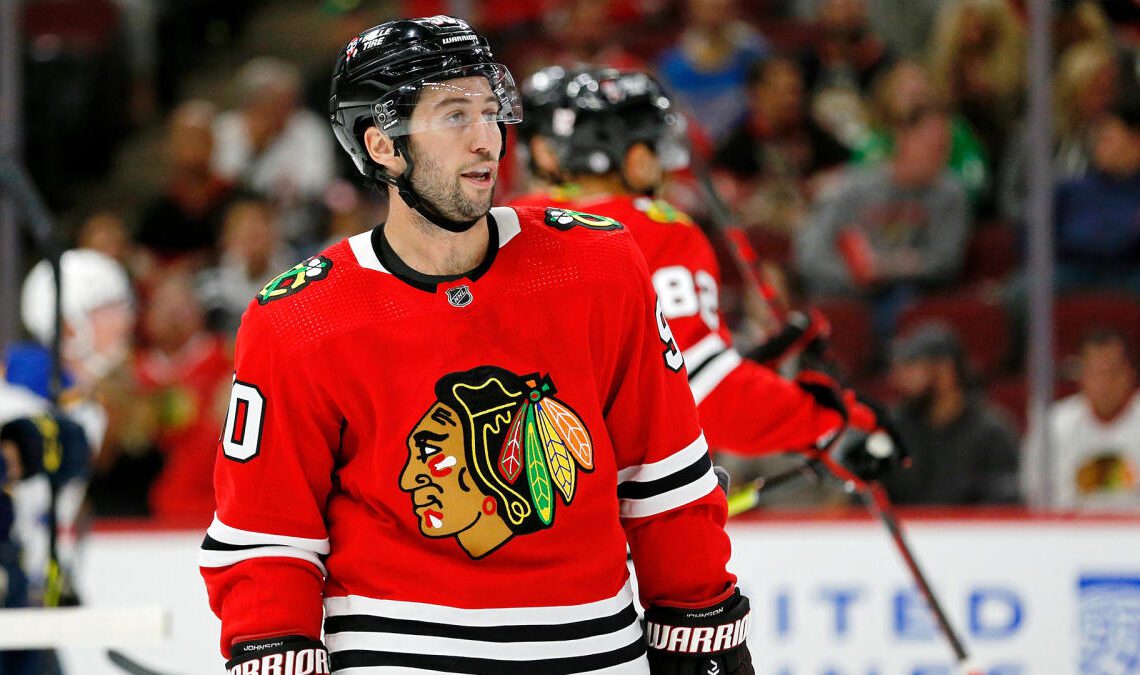 The Blackhawks announced several roster moves on Monday ahead of their three-game road trip before the bye week and NHL All-Star Break:

Johnson left at the end of the first period in Sunday’s 2-1 loss to Los Angeles after reaggravating the ankle sprain he suffered earlier in the season. He was seen in a walking boot after the game and won’t play on the three-game road trip.

To help fill Johnson’s role in the lineup and presumably on the second power play, the Blackhawks recalled the 27-year-old Philp, who has never played in an NHL game.

Philp ranks first on the IceHogs in power-play goals (6), tied for third in goals (14) and fourth in points (30) in 31 games. He’s a right-handed shot and can play center or wing, which gives the Blackhawks some versatility.