4 Canadiens Second Half Storylines to Watch 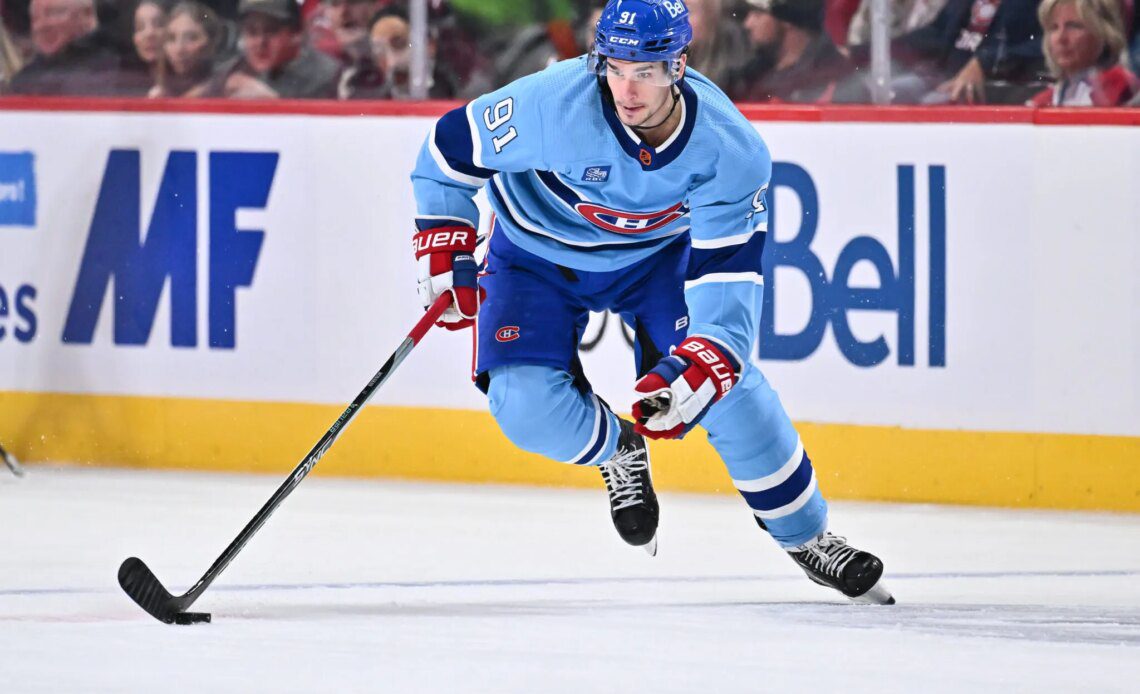 After learning about Saturday’s bombshell announcement that Cole Caufield will require season-ending shoulder surgery, many fans of the Montreal Canadiens are ready to fast forward to June and prepare for what they hope is another eventful summer for general manager Kent Hughes.

While the upcoming offseason will undoubtedly be more enjoyable than the final 35 games of the 2022-23 campaign, there are still a few reasons to keep tuning in and follow what the team will be up to over the few months. After all, the undermanned Habs did beat their archrivals, the Toronto Maple Leafs for the second time this season at the Bell Centre on Saturday night.

Who Stays, Who Goes?

The NHL Trade Deadline is just under six weeks and with his team’s injury curse, Hughes must be hoping he’ll still have healthy players that he can move for future assets from now until March 3. He’s probably going to have to bring in some extra bodies, either through waivers or via trade, just to fill roster spots. Not to mention that the Laval Rocket are dealing with their own injury issues while they hang onto a playoff position in the American Hockey League (AHL) so it wouldn’t be optimal to decimate their lineup further with more call-ups.

The good news is that Sean Monahan is close to returning and will be Montreal’s most valuable pending unrestricted free agent on the market. Given the demand for defencemen, there’s a good chance Joel Edmundson that moves as well and maybe the offers for Josh Anderson will suddenly become too enticing to pass up. Regardless, there may be as many new faces arriving into the fold as the number of familiar names who will leave. In addition to draft picks, management will be looking to add older prospects on the cusp and who are further along in their development like Justin Barron, the player acquired in the Artturi Lehkonen trade last year.

Changes are just around the corner and Hughes will surely give the fans more reasons to be excited about the future.

While the Canadiens aren’t icing anything close to their best lineup right now, many players have been given an opportunity to not only prove that they belong in the NHL, but also that they should be part of the franchise’s future.

Barron, Rafaël Harvey-Pinard, Anthony Richard, and Jesse Ylönen have been patiently waiting in the wings for…