Sleepy Blackhawks cool off in loss to Kings 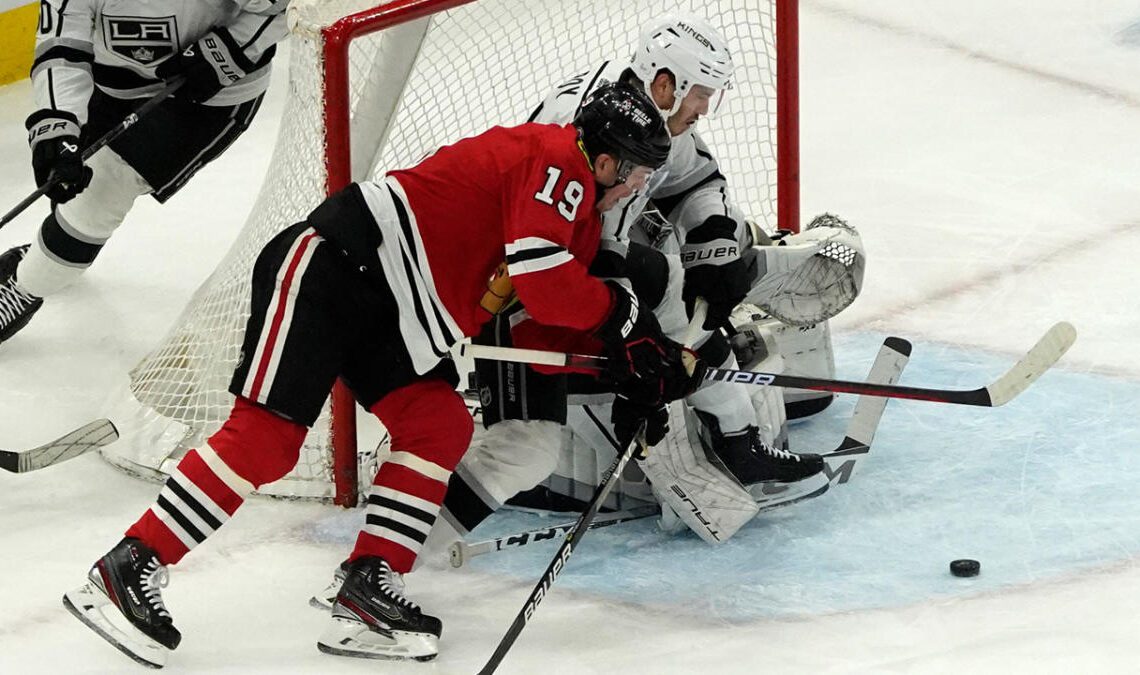 The Blackhawks fell to the Los Angeles Kings 2-1 at the United Center on Sunday.

1. The Blackhawks did not have their legs in this game and it was evident. It was one of their most sluggish games of the season. They slipped to 0-6-1 in the second game of back to backs this season.

2. The Blackhawks recorded their first shot on goal with 4:23 left in the first period. They finished the frame with only three shots and six shot attempts. The Kings had nine shots on goal and 19 shot attempts and took a 1-0 lead into the intermission. It was a very uninspiring start for the home team.

3. The Blackhawks had just one power-play against Buffalo, zero against Philadelphia, two against St. Louis and one against Los Angeles until earning a second one with 22.3 seconds left in regulation. That’s essentially four total power plays in four games. Part of it is working harder to draw penalties, but the other part of me finds it hard to believe that there have been that few of infractions.

4. Kings goaltender Pheonix Copley was yanked on Saturday after allowing two goals in the first 39 seconds of the game against Nashville. It was one of the fastest pulls in NHL history. The Blackhawks had an opportunity to jump on him early in this game but didn’t make his job difficult whatsoever.

5. Petr Mrazek would probably like to have the second goal back, but he made some quality saves to keep the Blackhawks even remotely in it. He did his part. Everyone else? Not so much.

6. Tyler Johnson logged only five shifts in the first period and did not play the rest of the game, so the Blackhawks played with 11 forwards for the final 40 minutes. Stay tuned for an update.

7. Patrick Kane has gone back to back games without recording a shot on goal. You don’t see that very often.

8. Since Dec. 15, the Kings rank No. 1 in the league in expected goals against at 5-on-5, per Natural Stat Trick. They’ve really tightened things up defensively. But they’re still not getting great goaltending, and they won’t be able to go deep in the playoffs without it.

9. Sportsnet’s Jeff Marek reported on Hockey Night In Canada that Patrick Kane and Jonathan Toews aren’t expected to make decisions regarding their future until mid-February. Blackhawks GM Kyle Davidson joined us on the pregame show and said he’ll likely meet with them in the next few…