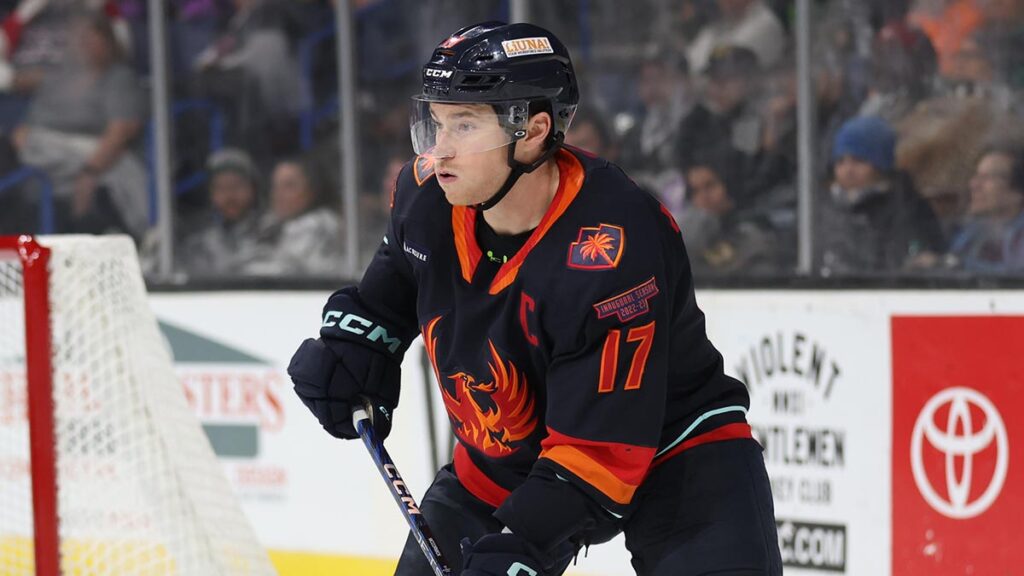 Here is a look at Saturday’s action around the AHL:

COACHELLA VALLEY 5, ONTARIO 4 (OT)
Max McCormick scored his third goal of the night with 3:32 gone in overtime as the Firebirds extended their point streak to 12 games — matching the AHL season high — with a win in Ontario. McCormick’s hat trick was the third of his AHL career and the fourth by a Coachella Valley skater this season. Luke Henman and Tye Kartye also scored for the Firebirds, who are 22-3-3-1 in their last 29 games. Rookie Martin Chromiak had a hat trick of his own for the Reign and T.J. Tynan recorded four assists, giving him 398 for his AHL career.

CALGARY 5, ABBOTSFORD 3
Dustin Wolf made 32 saves for his 23rd win of the season as the Wranglers finished off a sweep of their three-game visit to Abbotsford. Ben Jones led the Calgary offense with a goal and an assist, and Connor Zary scored for the fourth time in his last six outings. Linus Karlsson, Vasily Podkolzin and Danila Klimovich countered for the Canucks.

BAKERSFIELD 3, TUCSON 2
Justin Bailey and Ty Tullio scored third-period goals and Calvin Pickard made 15 of his 35 saves in the final frame as the Condors rallied past the Roadrunners. It was Bakersfield’s first win in five tries against Tucson this season (1-3-0-1). Raphael Lavoie had the Condors’ other goal, and Luke Esposito tallied two assists. Laurent Dauphin and Nathan Smith each recorded a goal and an assist for the Roadrunners.

COLORADO 5, HENDERSON 4
Alex Beaucage and Keaton Middleton each had a goal and an assist and Sampo Ranta’s goal with 7:54 stood up as the difference as the Eagles built a 4-1 lead and held on to defeat the Silver Knights. Connor Ford had an AHL career-high three points (1g, 2a) for Henderson, which saw its three-game winning streak come to an end.

CHICAGO 6, ROCKFORD 2
Jamieson Rees scored twice and William Lagesson recorded three assists as the Wolves handed the IceHogs their fourth straight defeat. Chicago has scored 12 goals in its last two games after being shut out in back-to-back outings previously. Brendan Perlini added a goal and an assist and Pyotr Kochetkov made 22 saves for the Wolves, who put the game away with four goals in the third period. Adam Clendening and D.J. Busdeker scored for Rockford.