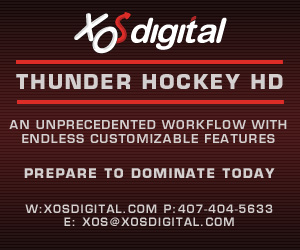 What’s it like being in sixth place in a seven-team league, yet No. 8 in the country and headed towards an NCAA bid?

It probably feels a lot like this weekend in Minneapolis, where Michigan, the aforementioned sixth-place team in the league, came in and went toe-to-toe with the team that’s both in first in the Big Ten and the Pairwise — Minnesota.

Gophers coach Bob Motzko may not have liked how things unfolded, but there’s no doubting it was two wildly entertaining games at Mariucci this weekend, culminating with overtime both nights, and each team getting a win.

Friday, Minnesota’s Matthew Knies scored late in the 3-on-3 to get the win. Saturday, it was Michigan’s Jacob Truscott, a defense, scoring his second of the game to pull out the win.

Michigan had the lead twice in the third period, only to see the Gophers twice get dramatic tying goals.

Adam Fantilli was among the goal scorers for Michigan. Both teams featured some defensive breakdowns that didn’t thrill the coaches, but did make for an entertaining weekend.

“Teams have a hard time getting chances on us, but when we create the other team’s chances, it’s just not a good look,” Minnesota coach Bob Motzko said. “We haven’t done that much, so I hope this can be a good lesson for us.”

Penn State heavily outshot Notre Dame on Friday and lost. So the Nittany Lions just put their head down and went right back at it again Saturday, and this time squeezed out a 3-2 win. PSU remains even with Ohio State for second place in the Big Ten, while it ends the weekend No. 3 in the Pairwise.

“We didn’t change any strategy,” Penn State coach Guy Gadowsky said. “We felt really good about what we did last night and we wanted to continue with that faith in our game. … Quite honestly, I thought we might have played even better last night, but it is very nice to come away with a win.”

Twice Penn State tied the game after Notre Dame had taken the lead, the latter one coming in the closing minutes of the second period.

Then in the third, Christian Sarlo popped in the game winner with 5:27 remaining.

Ryan Bischel made 42 saves after his 50-stop effort a night earlier, but it wasn’t enough this time. The Irish continue their mercurial ways, and are No. 15 in the Pairwise.