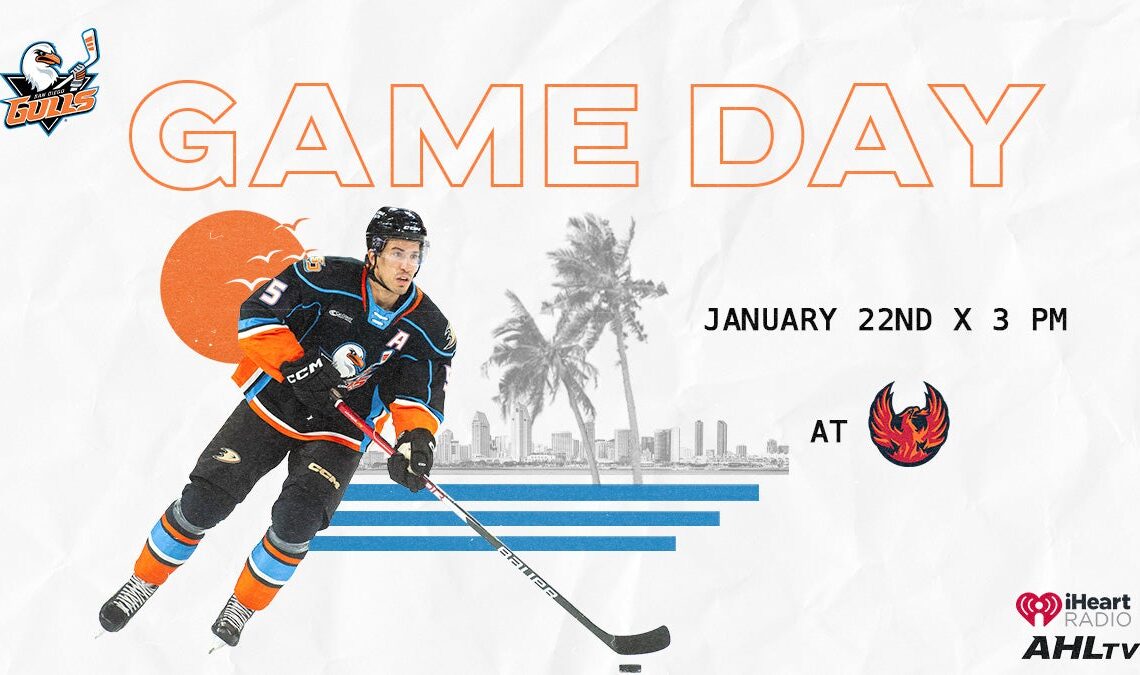 Coachella Valley – the American Hockey League’s newest franchise – officially opened their home arena with a 4-3 win over the Tucson Roadrunners on Sunday, Dec. 18. The first game set the tone, as the Firebirds entered Saturday 8-1-0-1 in their desert dwelling, outscoring opponents 37-25 and earning points in their last nine consecutive home games.

San Diego enters today’s matinee meeting searching for their first win over their newest division foe. Coachella took the first two meetings – both in San Diego – by a combined score of 12-2. The matchup features several familiar faces for both sides. Hunter Drew (1-0=1) is tied with Nikolas Brouillard (0-1=1) and Drew Helleson (0-1=1) for the most points earned against Coachella Valley (among active Gulls). Jesper Froden leads the Firebirds in point production against San Diego with 4-0=4 goals through two games this season, including his first AHL career hat trick on Dec. 16. Ryker Evans (0-3=3) and former Gull Brogan Rafferty (0-3=3) each posted three assists on Dec. 16, tying Alexander True (0-3=3) and Max McCormick (2-1=3) for the second-most points earned against the Gulls.

Familiar faces highlight the matchup between the two teams. Gulls forward David Cotton played in two games with the Firebirds prior to his trade to the Gulls on Dec. 8. The center recorded 3-3=6 points in 17 games with San Diego, including his first career Teddy Bear Toss goal on Dec. 17 against the Tucson Roadrunners. As mentioned before, Coachella Valley’s Rafferty was once a Gull, posting 4-20=24 points in 65 games with San Diego in 2021-22. The defenseman ranks first among Firebird blueliners in goals (5) and points (23), while ranking second in assists (18) this season. Andrew Poturalski also donned a Gulls sweater, registering 11-39=50 points in 61 games with San Diego from 2019-21. In addition, the center earned the John B. Sollenberger Trophy in 2020-21 as the AHL’s leading scorer with 9-34=43 points. Currently, Poturalski also leads Coachella Valley in assists (29) and points (10-29=39).

The Gulls enter today searching to end a four-game losing skid. The team suffered consecutive defeats in a weekend series to the Ontario Reign…