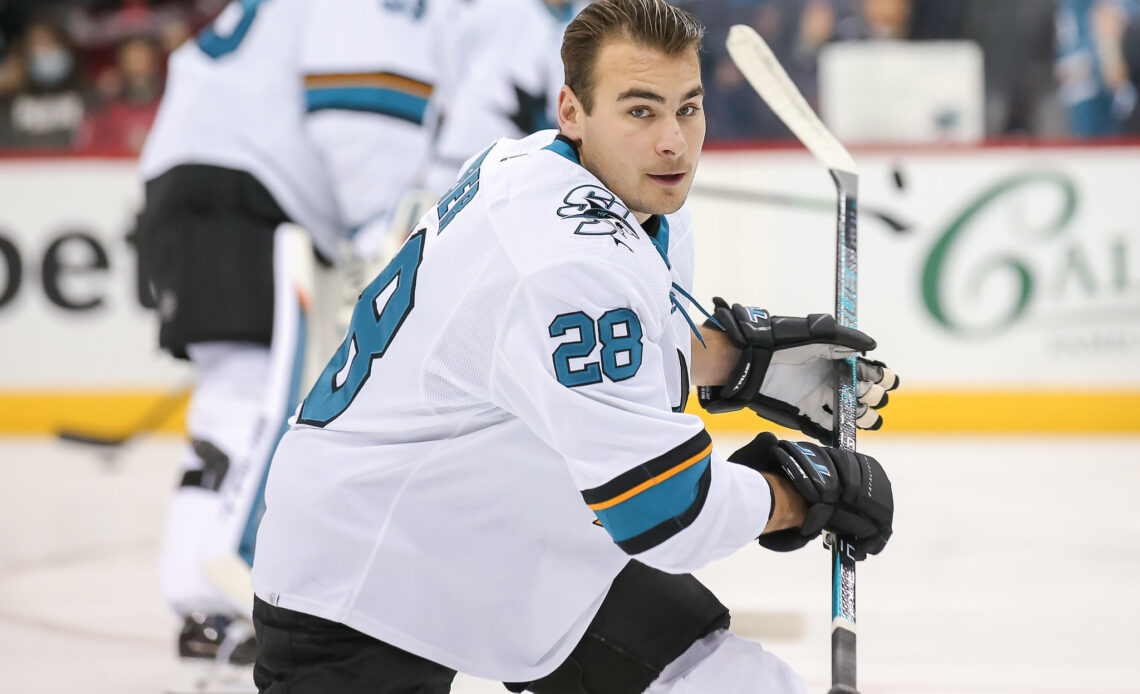 It appears rumor season is beginning to pick up. The New Jersey Devils have already had their name connected to Bo Horvat (via The Fourth Period and Elliotte Friedman on 32 Thoughts), one of the top trade candidates ahead of this season’s trade deadline. They’ve also been tied to Columbus Blue Jackets winger Gustav Nyquist by The Fourth Period; Daily Faceoff’s Frank Seravalli also mentioned the Devils as one of five teams as a potential fit for Nyquist.

But those aren’t the only names connected to New Jersey. In the 32 Thoughts episode mentioned above, Friedman linked the Devils to San Jose Sharks winger Timo Meier. The 26-year-old Swiss native has 27 goals and 47 points in 47 contests this season. If the two sides can agree to a contract extension since Meier is a pending restricted free agent, he may be the perfect fit for what the Devils need for a playoff run now and in future years.

Meier’s Resurgence After Some Down Years

But for as good as Meier was by then, his game regressed a bit in the ensuing years. He finished with only 22 goals and 49 points in 70 games in 2019-20 and had just 12 goals and 31 points during the COVID-shortened campaign in 2020-21. Players don’t usually fall off a cliff at 23-24 years old, and a pandemic did affect those two seasons. Plus, the Sharks were on the decline and no longer the perennial Western Conference power that they were pre-pandemic.

As it turns out, Meier was just fine, and he’s back to being the player he was in his first couple of seasons in the NHL. Though the Sharks had their fair share of struggles in 2021-22, Meier still totaled 35 goals and 76 points in 77 games. That’s carried over into this season, as he’s on pace for 47 tallies and 82 points.

When looking at some of his underlying metrics, they back up the counting totals he’s posted past the halfway point of the season. Meier ranks second in expected goals percentage on the Sharks at 57.82 percent, right behind Kevin Labanc, who’s had a resurgence himself. He’s been one of the Sharks’ most-efficient five-on-five scorers, averaging 2.29 points per 60 minutes, a rate you’d expect of a first-line winger.