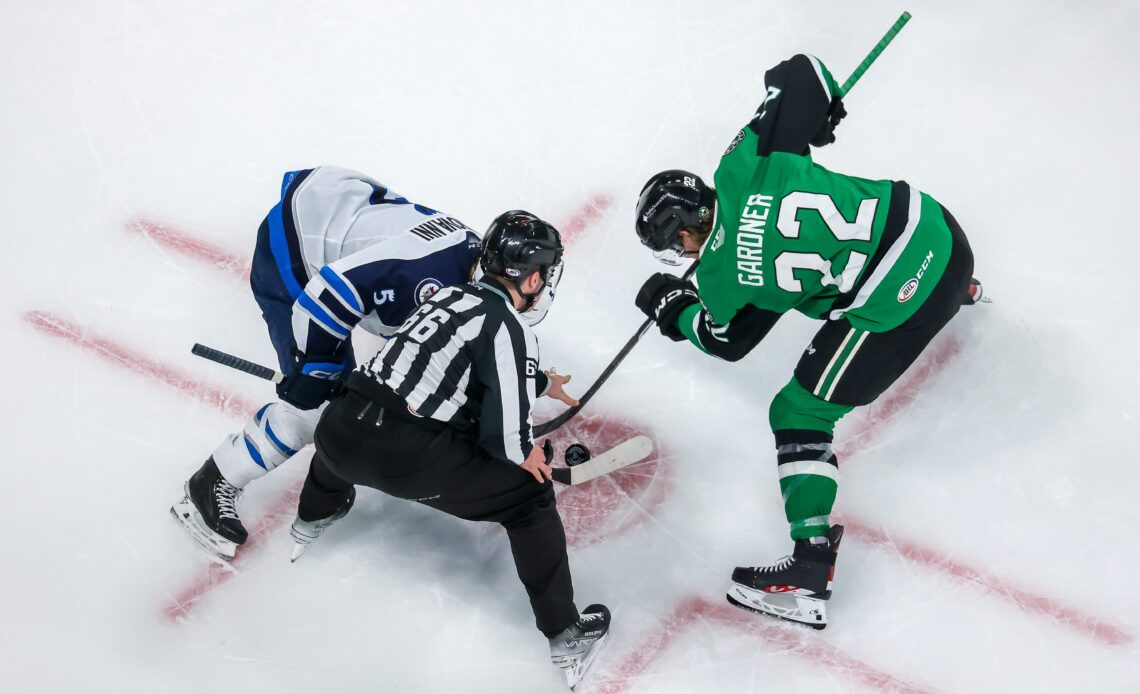 The Moose stormed out to an early 3-0 lead in Sunday’s contest. Manitoba grabbed the first lead 5:12 into the first period with Dominic Toninato scoring 21 seconds before Daniel Torgersson added another to make it 2-0. Leon Gawanke then fired in Manitoba’s third and final goal of the first frame at the 8:22 mark, which forced a goaltending change for Texas as Matt Murray entered the game in relief of Anton Khudobin. Oskari Laaksonen scored his first goal as a member of the Stars when he fired one in from the point with 4:00 remaining to cut the deficit to 3-1. Despite trailing by two after 20 minutes of play, the Stars were outshooting the Moose 16-15.

Texas cut Manitoba’s lead to 3-2 when Thomas Harley lifted a puck over the left shoulder of Oskari Salminen and into the top-left corner after receiving a saucer pass to the slot from Fredrik Karlstrom. The Stars led the shots battle 28-24 after two periods in Manitoba.

The Stars’ leading goal-scorer, Riley Barber, completed the three-goal comeback with 3:16 remaining in the third period when he beat Salminen from the top of the right circle on the power play. Barber’s 20th goal of the season forced overtime for a second night in a row.

In overtime, the Stars ended up settling for a point, marking their 17th time doing so in their last 18 games, when Toninato scored his second goal 44 seconds into the extra session to give the Moose a 4-3 victory.

In goal for the Moose, Salminen picked up the win after turning aside 36 of 39 shots. In relief, Murray was handed the loss after making 21 saves on 22 shots. In total, Texas outshot Manitoba 39-30.

The Stars return home to host the Colorado Eagles next Friday and Saturday at 7:00 p.m. in Cedar Park. Friday’s affair will mark the first of six games in nine days for the Stars at the H-E-B Center at Cedar Park.