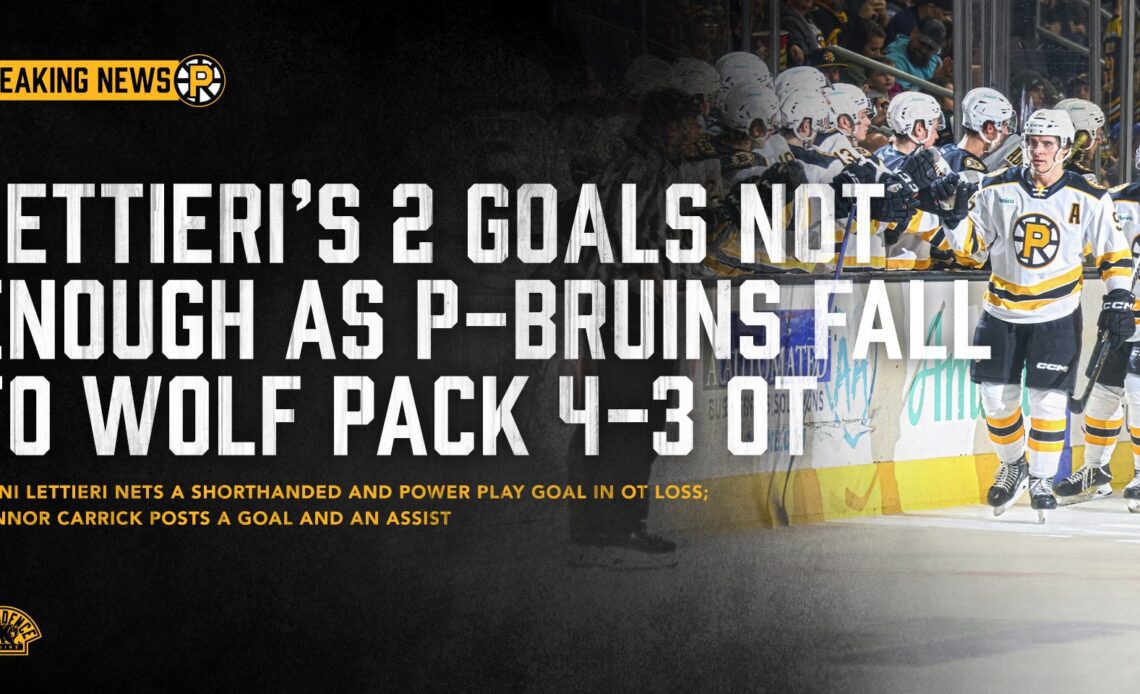 Providence, RI – Vinni Lettieri netted a shorthanded goal and a power play goal, but the Providence Bruins fell to the Hartford Wolf Pack 4-3 in overtime on Sunday evening at the Amica Mutual Pavilion. Connor Carrick posted a goal and an assist in the loss.

The P-Bruins host the Hartford Wolf Pack on Friday, January 27 at the Amica…