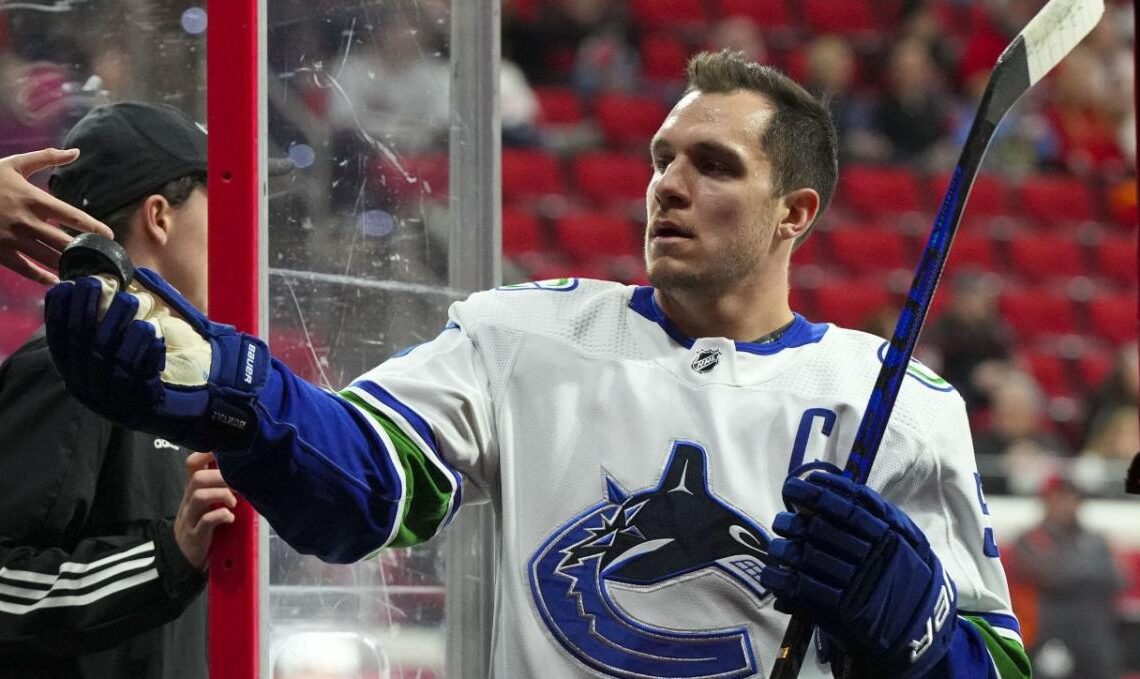 The rumor mill is starting to heat up with the March 3 NHL trade deadline less than six weeks away, and the name garnering most of the attention is Vancouver Canucks center Bo Horvat.

The Canucks captain is an unrestricted free agent at the end of the 2022-23 season and hasn’t signed an extension with Vancouver. A trade would be the smart move for the Canucks if the two sides are unable to reach an agreement on a new deal.

What are the Canucks seeking in return for Horvat?

Sportsnet’s Jeff Marek reported Saturday night on the “Hockey Night in Canada” broadcast that the Canucks want “three players, including a top prospect.”

“There was a lot of talk about this in the last 24 to 48 hours,” Sportsnet’s Elliotte Friedman added. “I think the reason is — I’m getting the impression that Vancouver is separating the teams that are willing to consider that or continue down that level of conversation from the teams that won’t. I think that’s what’s kinda been going on here. Vancouver is figuring out who is really serious. I don’t believe there’s anything imminent at this time, but I do think the Canucks know who’s in the game and who isn’t.”

The Boston Bruins are one team that could be active at the trade deadline. They have a league-best 36-5-4 record entering Sunday. Don Sweeney has pulled off at least one pre-trade deadline deal in every season since he took over as Bruins general manager in the summer of 2015.

Even though center is not Boston’s top need entering the deadline, it is a long-term positional weakness given the ages of Patrice Bergeron and David Krejci and the lack of elite prospects in the system. Therefore, acquiring a player like Horvat and signing him to a long-term extension wouldn’t be a bad move for the B’s.

Actually making the deal could be difficult, though. The Bruins are tight against the salary cap and still haven’t worked out a long-term extension with superstar right wing David Pastrnak. They also don’t have the same quality of trade assets that many other contenders have to offer.