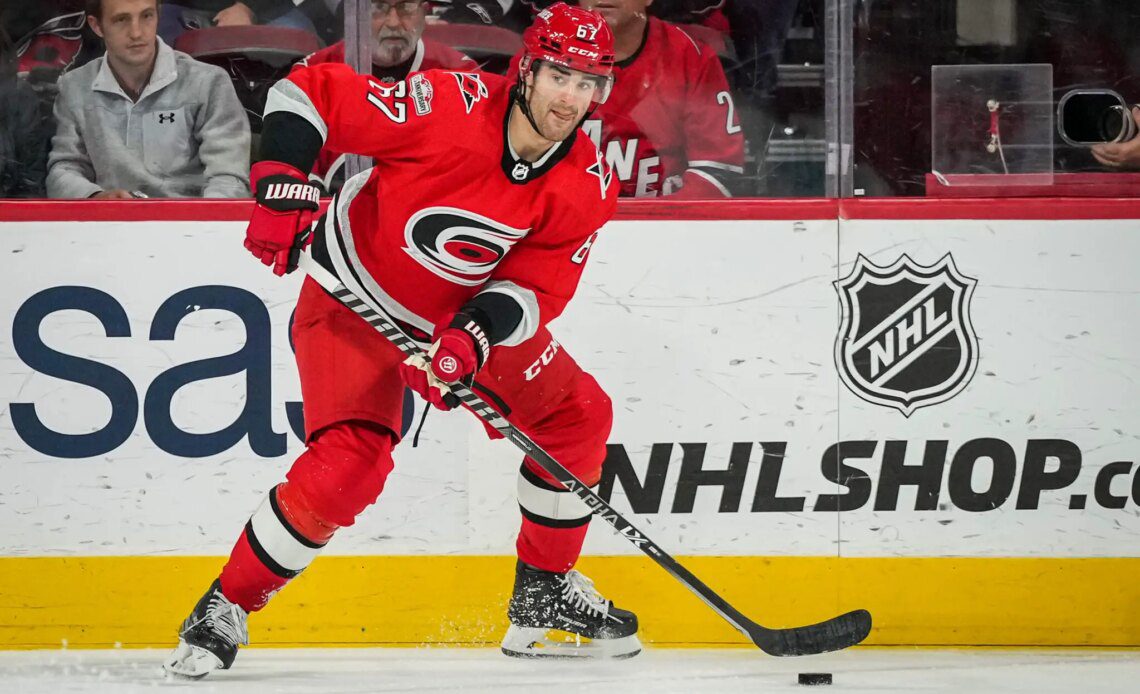 The last five months have been heartbreaking for Max Pacioretty, as he tore his Achilles tendon just after being traded to the Carolina Hurricanes, and after a highly motivated journey back to full health, he played just five games before re-injuring the same Achilles. The Hurricanes, while disappointed in the outcome, have to quickly change gears and look toward the trade deadline and see what move will make the most sense to them.

When Pacioretty was acquired from the Vegas Golden Knights, there was a lot of excitement, but when his first injury hit, there was a bit of a silver lining. He was destined to be the Hurricanes’ trade deadline acquisition – and he was already in the system. Luckily, the Hurricanes didn’t give up any assets to acquire the winger, and the team has performed great without him in the lineup.

Moving forward, the Hurricanes will likely look to make a big splash in the trade market, looking to acquire another top-six, impact player. Except, this time, it will probably be a center.

There are a plethora of options available, but as we all know, Hurricanes general manager Don Waddell isn’t usually in the market for a high-cost rental. Now, that doesn’t mean the Hurricanes won’t be after a big fish, but if they are, they will likely be looking for an extension with the player.

Some notable trade deadline acquisitions from the past few seasons include Vincent Trocheck and Brady Skjei, who stuck around for a little bit afterward. As I mentioned, they will most likely be targeting a center. While they have good depth with Sebastian Aho, Jesperi Kotkaniemi, Jordan Staal, and Paul Stastny, they could benefit from a true, established second-line center to play behind Aho.

The Vancouver Canucks seem to be selling off most of their star players, headlined by captain Bo Horvat. Horvat, who is a pending unrestricted free agent (UFA), is asking for a contract worth more than the Canucks are willing to pay him. He is having a career year, already registering 30 goals and 49 points in just 45 games, hiking the trade value for him significantly higher than expected.

Horvat is a goalscorer and can drive play with any line he is set on. He would likely line up alongside Andrei Svechnikov and Martin Necas in Carolina, two players who are great at setting up plays. The Hurricanes have been reported to be…