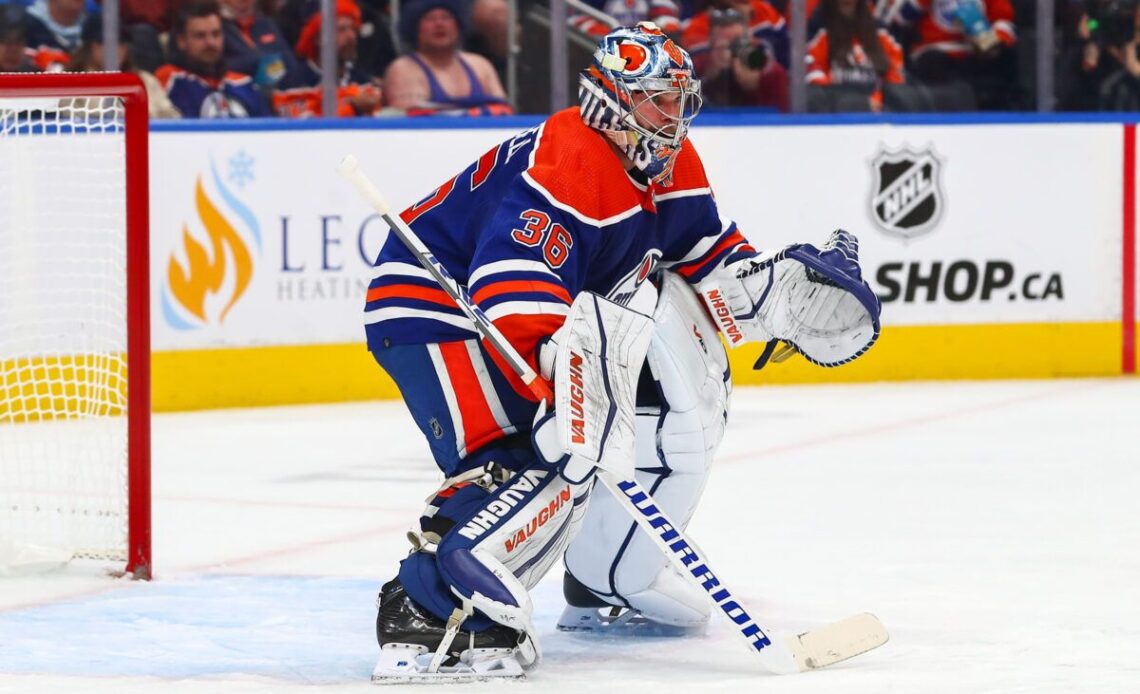 Jack Campbell was the big offseason signing for the Edmonton Oilers, but when he didn’t start strong and continued to falter, many in Oil Country questioned if his acquisition was a mistake. At the same time, there were question marks surrounding young Stuart Skinner. He put up great stats in his time in the American Hockey League (AHL) and played well in his 13 NHL appearances last season, but could he take the next step to become an NHL regular?

Before the start of the season, former Edmonton Oilers’ legend Wayne Gretzky spoke on the “Bob McCown” podcast, and the conversation shifted towards the Oilers’ goaltending tandem of Campbell and Skinner, and “The Great One” made a couple of predictions for both goaltenders. He started by saying Campbell was going to be strong for the Oilers; however, alluded that he’d need an adjustment period but could handle the pressure because of his experience playing in a pressure cooker environment like Toronto. Secondly, he had high praise for Skinner, saying, “You watch how good this kid plays this year.”

So far, Gretzky’s predictions about the Oilers’ netminders have come true. Campbell required an adjustment period, battled through the pressure, and is finally rounding out to form. Moreover, Skinner has not only proven he can handle the load of a starting goaltender, but his outstanding play so far in his rookie season has also earned him the honour of being named to the upcoming NHL All-Star Game. Also, Gretzky believed that Edmonton’s goaltending tandem could be a great 1-2 punch and that prediction is finally starting to take shape just in time as the Oilers are set to make a push for the playoffs.

Gretzky Felt Campbell Can Work Through the Pressure

Gretzky played 10 seasons in Edmonton and worked in their front office for five seasons, resigning from his role as a partner and vice chairman in 2021, yet he still keeps tabs on the team he won four Cups with during the 1980s. On the “Bob McCown Show,” in October, he stated he liked Edmonton’s chances to win the Cup and added that they made a well-calculated move by signing Campbell, saying, “I really think one of the best signings of the summer was Campbell. I think he’s going to be a really strong goaltender for the Edmonton Oilers.” He also added, “He’s coming from [Toronto] that’s a lot of pressure — he handled it well.”