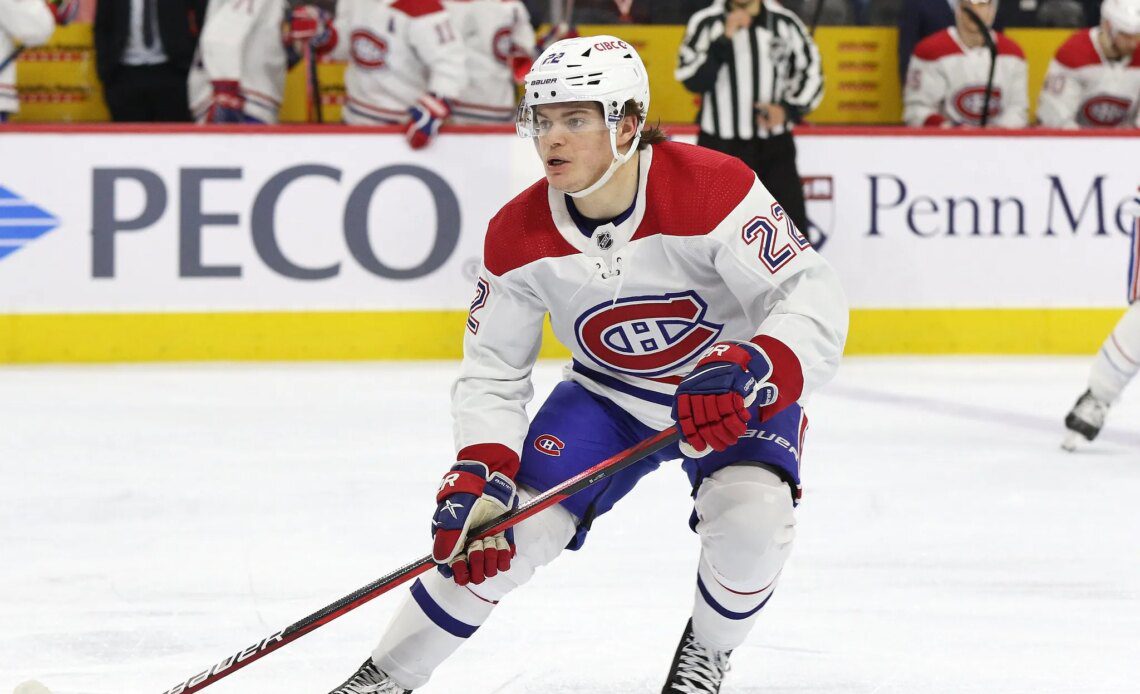 Remember back when there was talk the Montreal Canadiens should consider trading Cole Caufield to ensure they got Juraj Slafkovsky at the 2023 NHL Entry Draft? It was crazy then. It’s obviously crazier now, and not just because the Habs ended up using the first-overall pick to take the Slovakian winger, but because Caufield has proven beyond a shadow of a doubt he’s a top goal scorer in the NHL.

Determine for yourself what’s more amazing. On one hand, you’ve got Caufield’s remarkable offensive turnaround around under St. Louis (when he had just a single goal in 30 games under predecessor Dominique Ducharme to start 2021-22). On the other, he’s been scoring as he has with a shoulder injury for a portion of this season, according to St. Louis.

What’s for sure is it’s very much not amazing that it was announced Caufield now requires season-ending shoulder surgery, just as everyone had been thinking how the pending restricted free agent’s extension might take shape. The announcement came just ahead of the Canadiens’ 3-2 comeback win on Jan. 21 over the rival Toronto Maple Leafs in overtime, which kind of had a bit of a consolatory vibe to it.

Think something to the effect of the almighty bringing one last Habs win to pass this season, just so no one can say they never gave fans anything. You have to believe victories in any form will be increasingly hard to come by from here on out, with Caufield out.

At this point, with the Canadiens 10 points back of the Pittsburgh Penguins for the second wild-card spot in the Eastern Conference, they’re not making the playoffs. It’s been for all intents and guaranteed since the Canadiens suffered through a miserable December and lost seven in a row to close out the end of the calendar year and start 2023. So, losing…