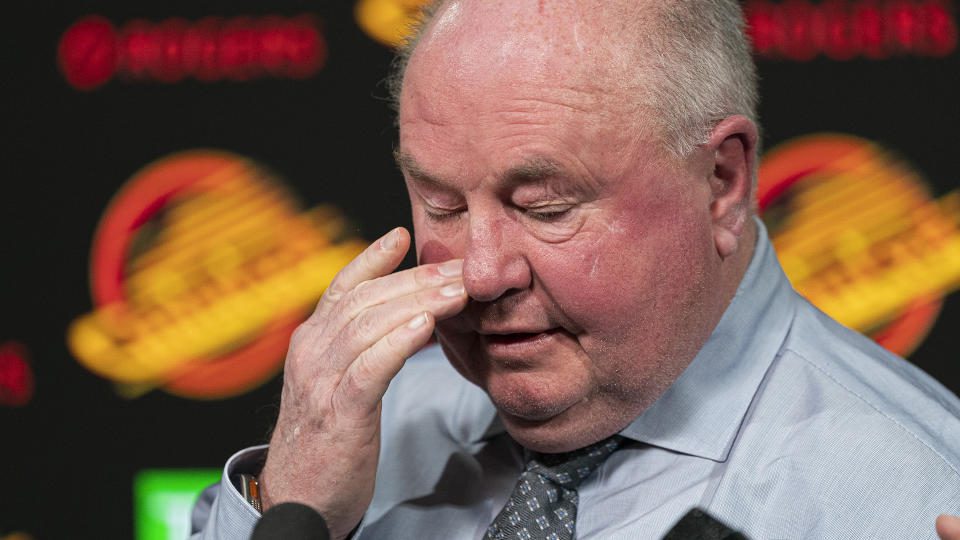 After bumbling their way through one of the clumsiest and ugliest processes in recent memory, the Vancouver Canucks finally made their head coaching change. As expected, the Canucks officially fired Bruce Boudreau and named Rick Tocchet as their next head coach on Sunday.

In an alternate universe where this was handled with respect and nuance, the deck would still be stacked against Tocchet and the Canucks. By blundering their way through this Boudreau boondoggle, they made things even tougher by burning a ton of goodwill.

Beyond the mess, it’s fair to wonder if Tocchet is an actual upgrade over Boudreau. That’s especially true if you agree with the Bill Parcells adage: “You are what your record says you are.”

Over six seasons (four with the Coyotes, two with the Lightning), Tocchet assembled a mediocre 178-200-60 record as an NHL head coach. His lone playoff appearance happened during the COVID bubble playoffs of 2019-20.

Will that chummy familiarity pay off? Is Tocchet a good coach who merely got stuck with shabby rosters? Time will tell if the Canucks’ gambles will pay off, but confidence isn’t exactly at an all-time high.

What Tocchet is up against as Canucks head coach

When considering this coaching change, there’s a nagging question: what are the Canucks actually trying to accomplish by making this swap right now?

Unless the Canucks hired Lloyd Christmas, it’s hard to believe they think there’s a chance they make the playoffs. Right now, projections place their playoff odds at one percent or lower. At this point, plenty of Canucks fans are watching 2023 NHL Draft Lottery odds instead of this season’s standings.

Strangely, strong work from Tocchet could be self-defeating, too. The hole is already deep enough for the Canucks that this coaching change might place them in hockey’s version of purgatory: too good to land a great draft pick, but too bad to make the playoffs.

Really, the timing of the Boudreau-Tocchet coaching change could easily make a bad situation worse. If the Canucks hired Rick Tocchet after the season…