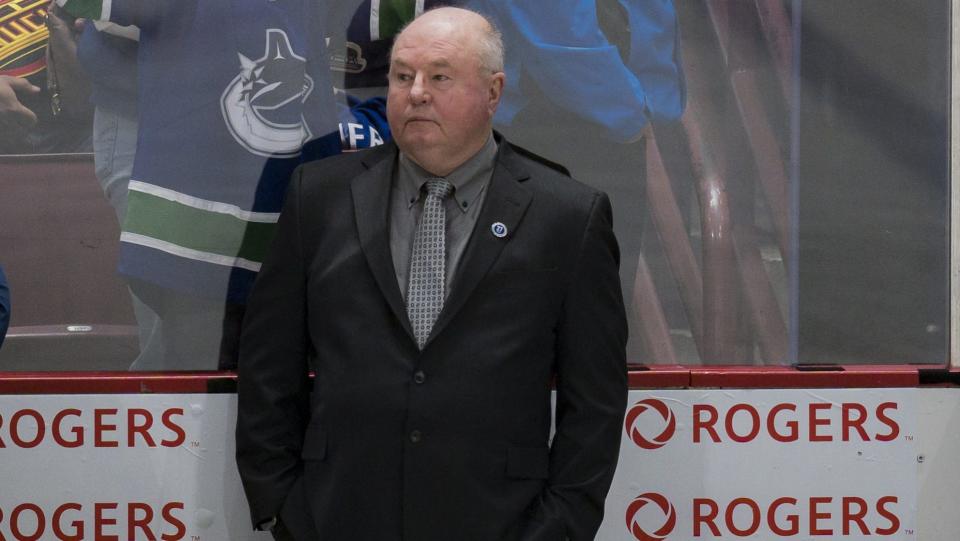 The team announced the change less than a week since president of hockey operations Jim Rutherford said “major surgery” was needed to fix the Canucks, who have only made the playoffs once in the past eight years. Rick Tocchet was hired as Bruce Boudreau’s replacement for a Vancouver team that has lost 28 of 46 games this season.

“This was not an easy decision to make but one that we felt was necessary for this franchise,” general manager Patrik Allvin said in a statement thanking Boudreau for his contributions.

Boudreau waved to the crowd after the Canucks’ latest defeat, their third in the past four games. Chants of “Bruce, there it is!” to the tune of Tag Team’s “Whoomp! (There It Is)” echoed around the arena as a tribute to the well-respected 68-year-old hockey lifer who ranks among the top regular-season coaches in NHL history.

He’s the second coach Vancouver has fired in under 14 months. Boudreau took over in December 2021 when previous coach Travis Green and general manager Jim Benning were let go 25 games into last season.

Assistant Trent Cull was also relieved of his duties, the team said. Adam Foote was named as an assistant and Sergei Gonchar a defensive development coach on Tocchet’s staff.

Tocchet previously coached the Tampa Bay Lightning for parts of two seasons from 2008-10 and the Arizona Coyotes for four years from 2017-21. He won the Stanley Cup as a player with the Pittsburgh Penguins and then twice as an assistant for them.

“Rick Tocchet brings a wealth of knowledge to this team from both a coach and player perspective,” Allvin said. “He has had more than two decades of coaching experience, guiding teams of various styles.”

The Canucks have missed the playoffs the past two seasons since reaching the second round in the COVID-19 bubble in 2020.

Boudreau was with his fourth NHL organization after stints with Washington, Anaheim and Minnesota. He won the Jack Adams Award as coach of the year in 2007-08 when he was elevated from the minors to coach the Capitals on Thanksgiving and got them to the playoffs.

Teams coached by Boudreau for a full season have made the playoffs nine out of 10 times. His .626 points percentage ranks fourth among coaches with at least 500 games behind the bench, and his 617 wins are tied for 20th in league history.

But a Canucks team in disarray did not give him much of a chance to keep that success going. Rutherford in a news conference Monday said big changes would be…