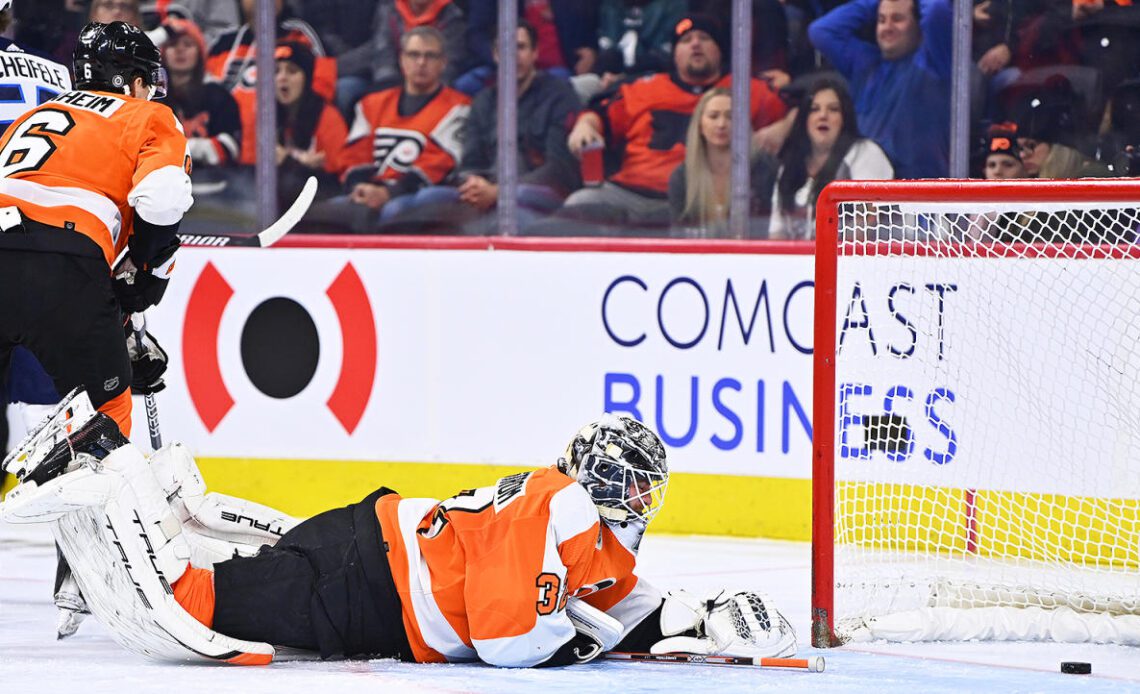 The Flyers fell behind by three goals early Sunday night and couldn’t complete what would have been their best comeback of the season.

John Tortorella’s club drew even just 2:35 minutes into the third period but lost to the Jets, 5-3, at the Wells Fargo Center.

Kevin Hayes scored a pair of power play goals, the second a game-tying one early in the final frame. Ivan Provorov netted the Flyers’ other marker on the night.

The Jets iced the game with an empty-netter.

Winnipeg improved to 22-1-0 when taking a lead into the third period. Its 3-0 advantage before the halfway point of the first period was ultimately insurmountable.

The Flyers (20-21-7) were playing their fifth game in seven days and the second game of a back-to-back set, but that can’t be used as an excuse for their start. The Jets also played Saturday on the road in Ottawa, Ontario.

In six days, the Flyers see the Jets (31-16-1) again Saturday when they visit Winnipeg, Manitoba.

• Tortorella knew this was going to be a tough one.

The Jets are one of the top goal-prevention clubs in the NHL. They entered with the league’s second-ranked penalty kill (84.9 percent) and yielding the fourth-fewest goals per game (2.62).

Winnipeg jumped all over the Flyers. It was evident why the Jets are so sound defensively. Their defensive-zone exits are crisp and with pace. They come after you with size and skill.

Felt like a perfect storm with the Flyers appearing sluggish, a concern we highlighted last night.

Axel Jonsson-Fjallby, Kyle Connor and Mark Scheifele quickly buried the Flyers in a 3-0 first-period hole with markers over the span of just 3:38 minutes

The deficit spelled trouble considering the Jets came in 27-2-0 when they score three or more goals.

Provorov answered with 1:21 minutes left in the opening stanza to keep the Flyers within striking distance entering the second period.

• Sandstrom, recently back from his two-week conditioning stint at AHL affiliate Lehigh Valley, made his first start in 40 days.

The 26-year-old was ambushed by the Jets, who put three goals on him in the first eight and a half minutes of the action.

Sure, Sandstrom showed some rust, but…