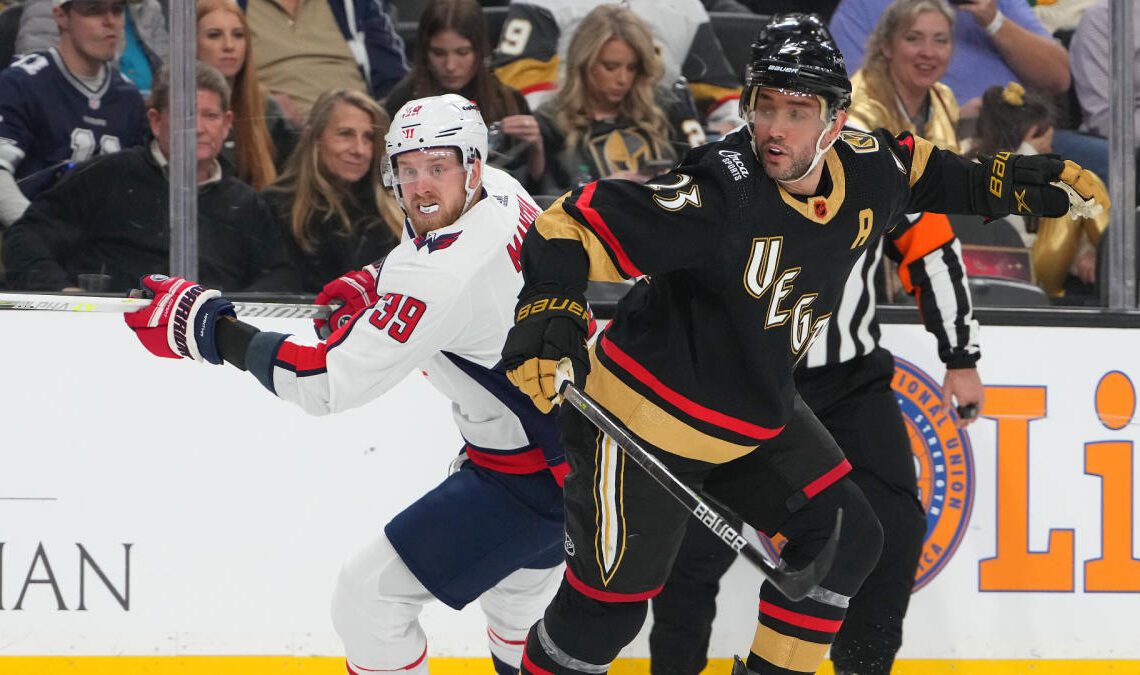 Playing without captain Alex Ovechkin for the first time this season, the Capitals fell behind early and never recovered in a 6-2 loss to the Vegas Golden Knights on Saturday night.

Ovechkin, 37, missed morning skate earlier in the day due to maintenance but was a game-time decision with a lower-body injury for the Capitals’ road matchup in Las Vegas. The team ruled him out shortly before puck drop and listed his status as day-to-day.

Just about nothing went right for Washington in his absence. The Golden Knights were on the right end of a 24-11 turnover margin including four by the Capitals that directly resulted in goals for the home team. Five different players in the black and gold scored including two — defenseman Alec Martinez and center Byron Froese — who netted their first of the season.

Goaltender Darcy Kuemper was tagged with four goals in 32:04 of ice time before head coach Peter Laviolette pulled him in favor of Charlie Lindgren, who allowed the fifth only 93 seconds later. Kuemper was often put in difficult positions with the Capitals making several turnovers in the defensive zone and giving up odd-man rushes, and Vegas took full advantage.

Earning the win for the Golden Knights was All-Star netminder Logan Thompson. The 25-year-old rookie stopped 20 of 22 shots and made key stops to help kill all three of the Capitals’ power plays. The only damage against him were goals by forward T.J. Oshie late in the second and Marcus Johansson midway through the third with the game out of reach.

Following a red-hot month of December that saw them rocket up the standings, the Capitals have gotten off to an up-and-down start to 2023 with a 4-5-1 record so far this month. They will carry a 25-18-6 record on the season with 56 points when they wrap up their three-game road trip Tuesday against the Colorado Avalanche.