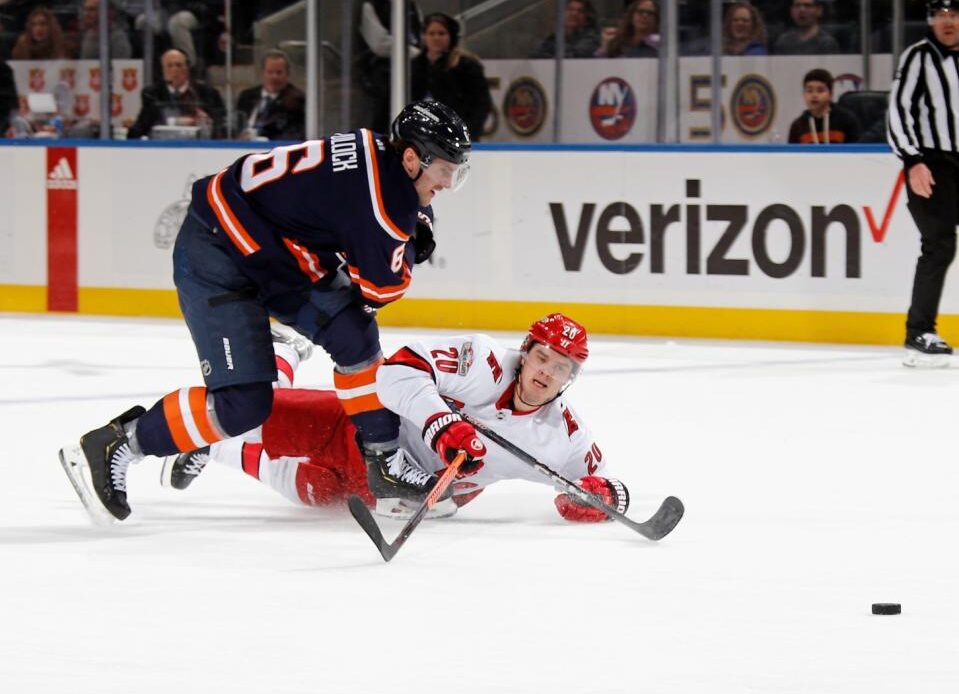 “We were smart with the puck and made the right plays,? Staal said. “We have trust in our game.”

Andersen won his fourth straight game since returning from a lower-body injury that forced him to miss 29 games.

“Our big man in net has been playing well,? Staal added. “That’s very solid for us.”

Aho snapped a 2-2 tie with 3:20 left in the second period, tipping a pass from Teuvo Teravainen past Sorokin. Aho scored unassisted at 7:09 of the third to put the Hurricanes ahead by two and added an empty-net goal for his 17th to complete his second hat trick this season and sixth of his career with 22 seconds left.

Fans at UBS Arena were then showering the Islanders with boos as coach Lane Lambert called a time out. The unhappiness continued as the Islanders failed to score on a power-play chance midway through the period.

“There isn’t one guy that doesn’t care. There isn’t one guy who isn’t putting in the effort,” Lambert said of the team’s struggling power play which is 3 for 54 since Dec. 10. “We just have to find a way to execute. There’s no question that it’s hurt us.”

Holmstrom narrowed the deficit with just under six minutes remaining in the period with his second goal before Nelson tied it on a wraparound with 4:18 left in the first. The goal was Nelson’s 17th and his second in two games after a 14-game scoring drought.

The Hurricanes were coming off a 5-2 win over Minnesota on Thursday in which forward Max Pacioretty suffered a second tear of his right Achilles tendon. The 34-year-old Pacioretty had played only five games after he was acquired from Vegas before this season.

“Our group did went out there and did their jobs,?…