3 Takeaways From Blue Jackets’ 5-3 Win Over the Sharks 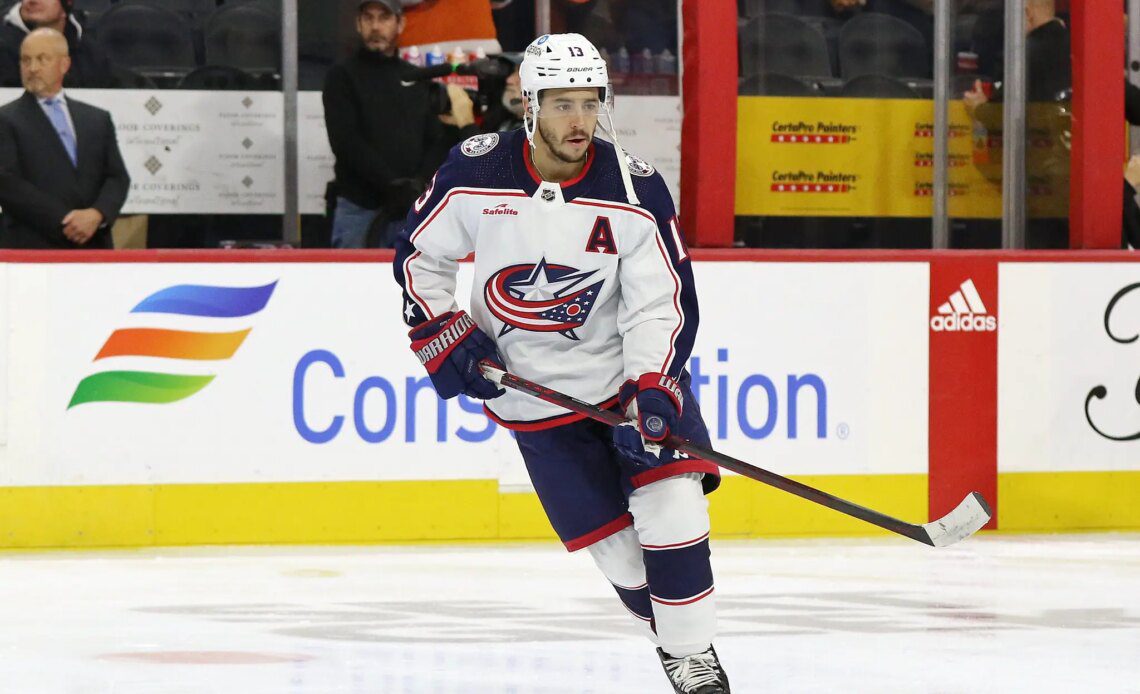 The Columbus Blue Jackets returned to Nationwide Arena on Saturday night looking to get back in the win column. After a particularly difficult loss against the Anaheim Ducks, which extended their losing streak to three games, the Jackets had something to prove against the visiting San Jose Sharks.

The Jackets showed some life in front of their home fans, overcoming a slow start and winning 5-3. Despite the win, they remain the worst team in the NHL, but there were definitely some positives among the takeaways. Here are three takeaways from the Blue Jackets’ win over the Sharks.

There is a reason the Blue Jackets are involved in so many comeback efforts or blown leads; it’s their inability to play a full 60 minutes of hockey. While they were on the winning side of the comeback in this one, the pendulum has swung in the other direction far too many times this season.

The start in this one was slow for Columbus. Really slow. Through the first period of hockey, the Jackets only had two shots on goal, compared to the Sharks’ 15. That differential was key in their falling behind 2-0 through the first 25 minutes of play. Then they got a bit of a spark from enforcer Mathieu Olivier, who fought Sharks’ tough guy Jonah Gadjovic, and the tides turned.

Didn’t have the start we wanted, but it was good timing and thankfully we responded well to it and got a big win here.

Mathieu Olivier told post-game media about his fight, which turned the tides of the game.

After the fight, a fire began to stoke within the Jackets. Their defense got tighter. Their forecheck became more aggressive. They shot more and worked better as a unit. Through the last two periods, they only allowed 10 shots while putting up 27.

It reflected quickly on the scoresheet as eight minutes after the tilt Johnny Gaudreau broke the shutout with a power-play goal. Less than a minute after, captain Boone Jenner evened things up. Early in the third, the Sharks scored a goal in a scramble around the net getting ahead for a second time, but it was short-lived as Patrik Laine answered less than two minutes later. Gus Nyquist got the Jackets their first lead of the night and Sean Kuraly sealed it with an empty netter to give them the win.

While Columbus ultimately came back and played some pretty solid hockey along the way, just think of how much further ahead they would have been if they played the first period like they played the last…