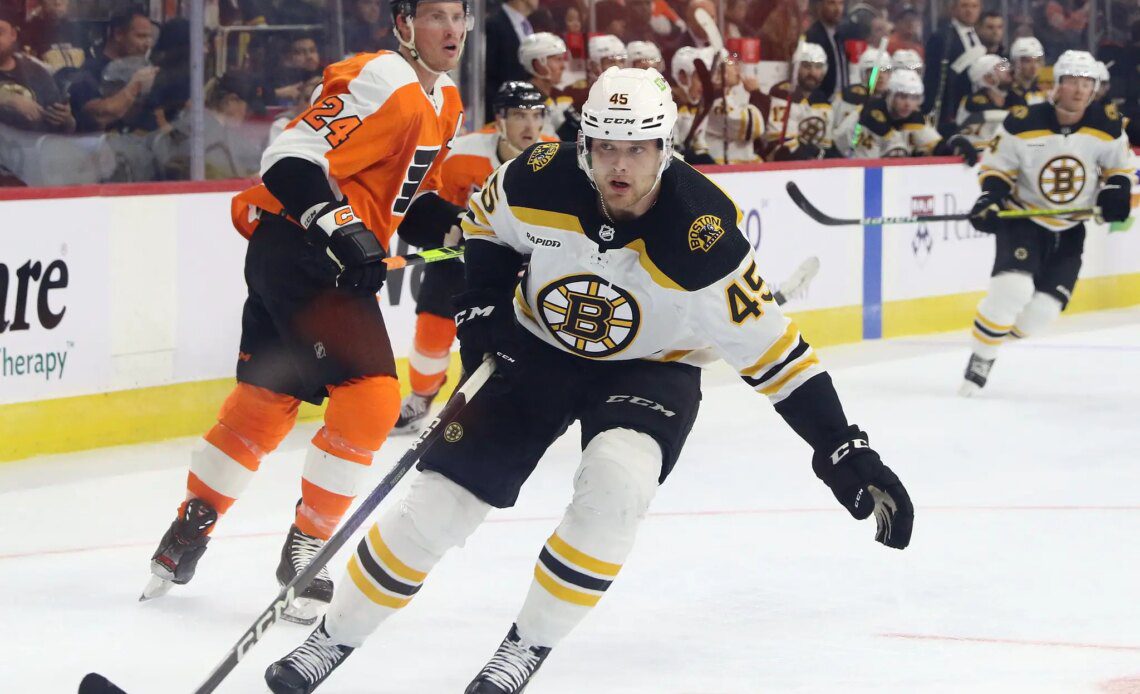 After avoiding injuries for the first half of the 2022-23 season, the Boston Bruins‘ luck appears to be running out. It appears the Black and Gold avoided a big injury to defenseman Brandon Carlo in their 3-1 win over the New York Rangers on Jan. 19, but two days later, the Bruins announced that they were not as lucky with fourth-line center Tomas Nosek.

Nosek, who blocked a shot on the penalty kill, suffered a non-displaced fracture in his foot against the Rangers and will be re-evaluated in four weeks. This is a blow to the Bruins lineup as Nosek has been having a very nice bounce-back season. After struggling last season, the 30-year-old veteran has three goals and eight points in 42 games. He has been a key member of the Black and Gold’s top-ranked penalty-killing unit. It’s not going to be easy to replace Nosek’s contributions in the lineup, but here are three internal options that the Bruins have at their disposal.

Already in Boston and he’s filled in for Nosek twice this season, Joona Koppanen is going to be the first logical choice. Drafted 135th overall in the fourth round of the 2016 Entry Draft, his development has been getting better and better with the Providence Bruins in the American Hockey League (AHL) and he’s earned the first opportunity.

In 36 games with Providence this season, he has six goals and 14 assists, but he has won 63% of his face-offs in two games this season in Boston and is an excellent penalty killer. He is slotting in between two veterans in Nick Foligno and A.J. Greer, but the 24-year-old is also valuable as he is a left-shot center. At 6-foot-5 and 192 pounds, he plays with a chip on his shoulder and appears ready to handle some of the shifts over the next month-plus for Nosek.

Here is a perfect opportunity for the Bruins to give John Beecher his first shot in the NHL. Highly thought of since being drafted 30th overall in the first round of the 2019 Draft, the former University of Michigan standout has been impactful in his first full pro season with the P-Bruins.

Like Koppanen, he is strong on the penalty kill and at the face-off dot. One thing that could be an issue is Beecher’s inconsistency which has popped up at different times this season. In Boston, that may not be an issue if he’s motivated for his first NHL opportunity and…