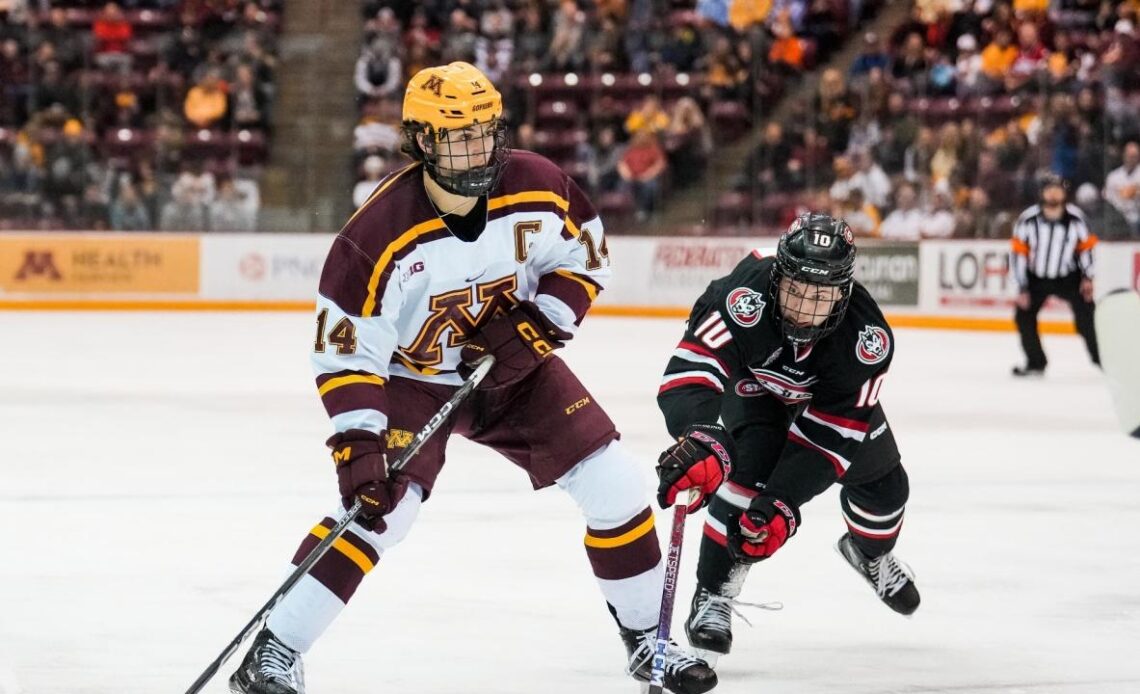 We’re less than two months away from getting the official field for the 2023 NCAA men’s hockey tournament, so it’s a perfect time to revisit our Frozen Four predictions, first made in October.

These are the four teams that could have the best chance of advancing to the Frozen Four, right now, as the second semester ramps up. All stats and records through Sunday, Jan. 22.

The Golden Gophers have been as advertised so far after coming into the year ranked No. 2, as they’re one of the deepest teams in the nation with top-tier talent anchoring the lineup. They have consistently landed in the top-five or top-three throughout the year so far, and are No. 1 in the PairWise.

SCOREBOARD: Click or tap here for the latest scores around Division I men’s hockey

Minnesota (18-7-1) has the benefit of playing against other national contenders in the Big Ten, arguably Division I’s toughest conference this season. They are 12-3-1 in conference, including a sweep of Michigan earlier in the season. Against ranked opponents, the Gophers are 12-6-0, splitting with the Wolverines this weekend.

Bob Motzko’s squad is third in goals per game with 3.9, surrendering 2.5. Both special teams units have been between the sixth-ranked power play (25.3) and the penalty kill (82.6).

In terms of production, the Gophers have been led by two of the best freshmen in Division I in Jimmy Snuggerud (12-18–31) and Logan Cooley (12-19–31) as well as one of the top returners in Matthew Knies (15-12–27). They have two top-tier blue-liners in the Hobey Baker conversation in Brock Faber and Jackson LaCombe. Between the pipes, Justen Close has been among the best with a .920 save percentage, a 2.14 GAA and four shutouts.

Minnesota is fresh off its 22nd Frozen Four appearance all-time last season, bowing out to Minnesota State in the semifinals.

The reigning national champions are still as strong as ever, holding down the No. 1 spot for most of the season before a slip-up in an upset to Alaska Fairbanks earlier in January. Denver is currently third in the USCHO poll as of Jan. 22, landing fifth in the PairWise.

TOP STORIES: Click or tap here for five storylines to watch in the second half of the season