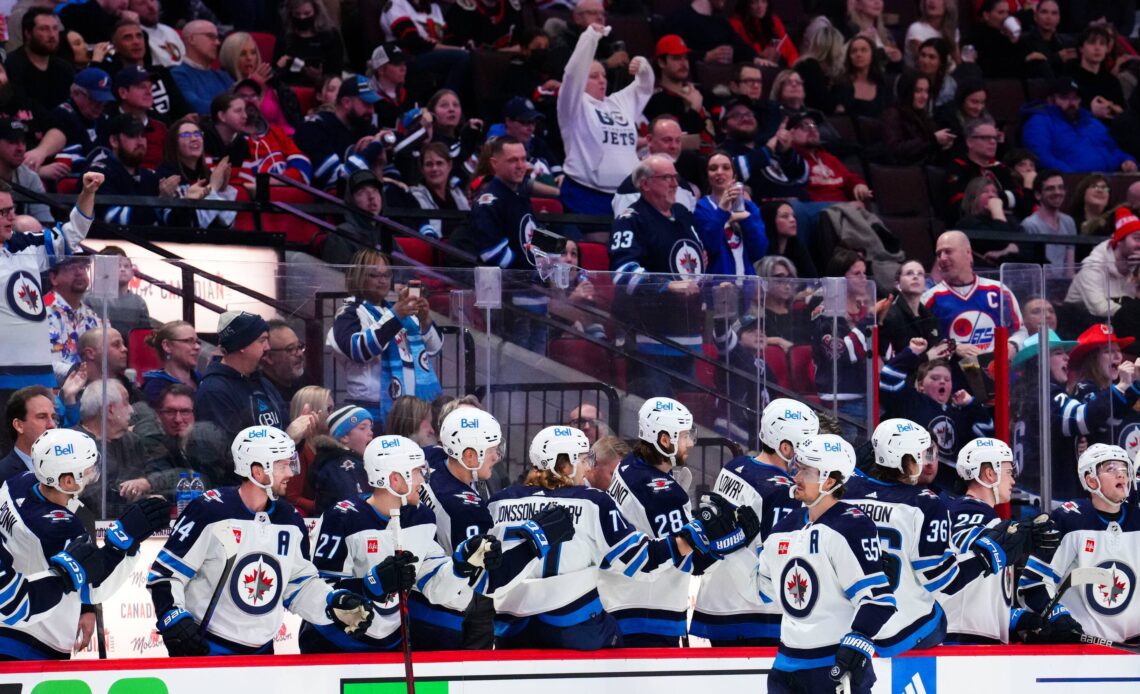 Mark Scheifele scored twice to lead the Winnipeg Jets to a 5-1 win over the Ottawa Senators Saturday night.

Ehlers, who missed 36 games with an abdominal injury, now has 12 points (4G, 8A) in his past nine games since returning to the lineup.

Josh Norris scored the lone goal for the Senators (20-23-3), who continue to struggle defensively. Anton Forsberg made 25 saves.

The Senators were coming off a 4-1 loss to Pittsburgh Friday night, while the Jets were waiting for them in Ottawa.

Winnipeg was playing the third contest of a five-game road trip, but lost its first two to Toronto and Montreal, dropping consecutive games for just the fifth time this season. After losing two games or more the Jets have gone on to win multiple games in a row.

3-point night for Scheifele leads Jets over the Sens

Mark Scheifele scored a pair of goals for the Jets as Winnipeg defeated Ottawa 5-1 Saturday night.

Leading 3-1 to start the third the Jets seemed in full control as Ottawa looked uninspired for stretches.

Despite a full house Senators fans had little to cheer about and headed for the exits as Scheifele scored his second of the game with just under four minutes remaining.

Perfetti’s goal late in the period which put the Jets up 5-1 had no impact on the game, but Wheeler picked up his 900th point with an assist.

Winnipeg scored twice in the second and dominated play for much of the period.

Scheifele scored his 27th of the year on a one-timer at the five-minute mark and some poor defensive coverage by the Senators allowed Wheeler to jump on Ehlers’ rebound to put the Jets ahead 3-1.

The Jets opened the scoring at the six-minute mark of the period on the power play when Ehlers took a feed from Josh Morrissey and tapped it in for his fourth of the season.

Ottawa tied it midway through the period with Claude Giroux winning the offensive zone faceoff and feeding Norris, who one-timed it past Hellebuyck, who didn’t look ready for the shot.

With the assist Giroux reached 40 points for the 14th consecutive season.