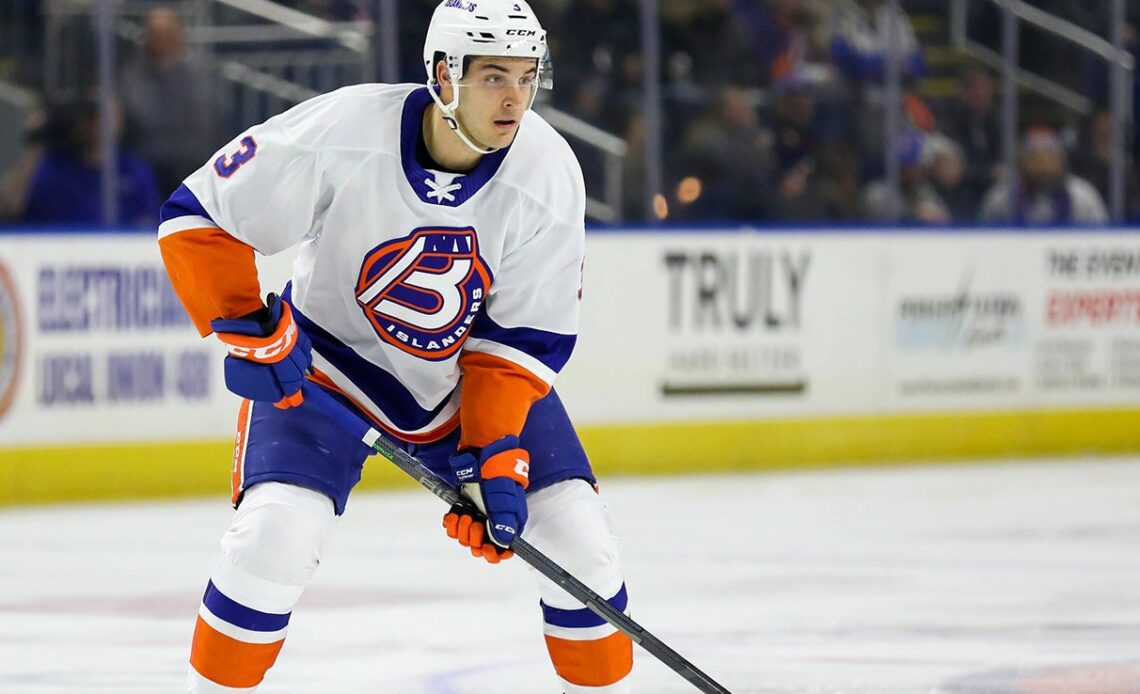 AHL All-Star Samuel Bolduc scored twice for the second time in his professional career on Saturday, but it wasn’t enough as the Bridgeport Islanders (17-16-6-1), American Hockey League affiliate of the New York Islanders, suffered a 3-2 loss to the Wilkes-Barre/Scranton Penguins (19-13-2-3) at Total Mortgage Arena.

Cory Schneider (13-4-2) made 23 saves through two periods during his second start in as many days, while Jakub Skarek (no decision) stopped all seven shots he contested in relief.

The outcome snapped Bridgeport’s two-game winning streak and ended the Penguins’ two-game slide. It was the first time the Islanders have fallen to the Penguins this season (2-1-0-0).

Wilkes-Barre/Scranton started the scoring with a power-play goal in the first period after William Dufour was assessed a slashing minor at 15:09. Sam Houde fired a wrist shot from just above the right faceoff circle that found its way in at the 15:51 mark, giving the Pittsburgh Penguins’ affiliate a 1-0 lead. Exactly one minute later, Alex Nylander ripped a shot from the deep slot past a screened Schneider to double the Penguins advantage.

Bolduc caught Penguins’ goaltender Dustin Tokarski off guard after a battle in the Wilkes-Barre/Scranton zone and snuck a blue-line wrist shot into the net to make it 2-1 at 17:58 of the first period. Cole Bardreau and Jeff Kubiak had the assists. Saturday was Kubiak’s 300th professional game.

The Islanders tied the contest just 3:31 into the second period when Bolduc rang another distant shot off the crossbar, which fell in the crease and was pushed across the goal line by a Penguins’ defender during a scramble. Jimmy Lambert and Kyle MacLean earned assists on Bolduc’s second goal of the contest. It was his first multi-goal performance since Apr. 20, 2021 against Providence.

Drake Caggiula put Wilkes-Barre/Scranton ahead for good at 18:07 of the second period, finding the net for a third time in his last four games.

The Islanders finished the evening 0-for-3 on the power play and 4-for-5 on the penalty kill.