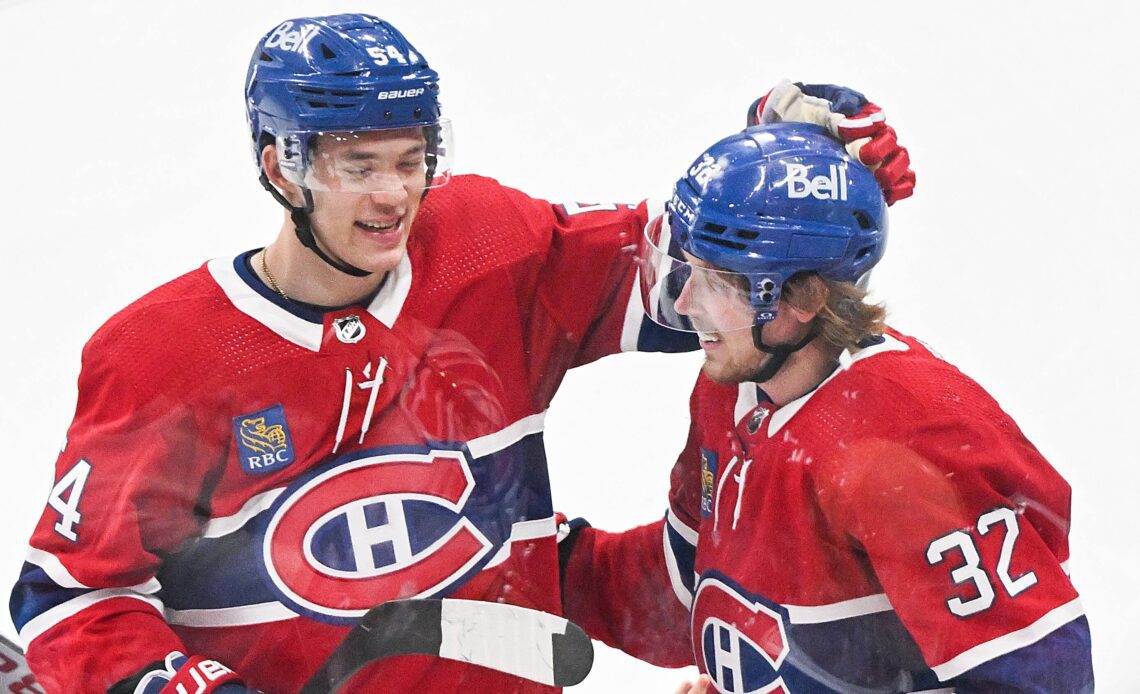 After erasing a two-goal deficit in the second period, Rem Pitlick scored 2:14 into overtime to give the Montreal Canadiens a 3-2 win over the visiting Toronto Maple Leafs on Saturday night.

Josh Anderson and Rafael Harvey-Pinard scored for Montreal (20-24-3) as the team recorded its 20th win of the NHL season.

Playing in a seventh consecutive game, Samuel Montembeault made 36 saves. The Habs also sacrificed themselves for the netminder, blocking 23 shots.

Rem Pitlick scored the game-winner in the extra frame to give Montreal a 3-2 home victory on Hockey Day in Canada.

Toronto (28-11-8) had a strong start to the game with 15 shots in the opening frame. The Leafs scored first 53 seconds into the game when William Nylander sent a drop-back pass for Giordano in the slot who beat Montembeault under the blocker.

The Leafs took a two-goal lead thanks to a burst of speed from Mitch Marner. His shot was blocked but Conor Timmins recovered the loose puck and found a wide open Jarnkrok who tapped in his 10th of the campaign.

Suzuki came inches away from tying the game with a lob from the crease but Auston Matthews cleared the puck clear from the goal line.

Harvey-Pinard scored his first goal of the season and finally levelled the score by hopping on a Samsonov rebound and finding the back of the net at 13:35 of the second period.

With 2:07 left in regulation time, Nylander was called for high-sticking, giving Montreal a 4-on-3 power play for 1:01. Toronto successfully killed the penalty and the game went to overtime.

Pitlick scored the game-winning goal by rushing along the boards and whipping a wrist shot past Samsonov to seal the victory.

The Canadiens had yet another injury to announce before Saturday’s game. Forward Cole Caufield will have shoulder surgery and miss the remainder of the season.