PENGUINS HANG ON TO DEFEAT ISLANDERS, 3-2 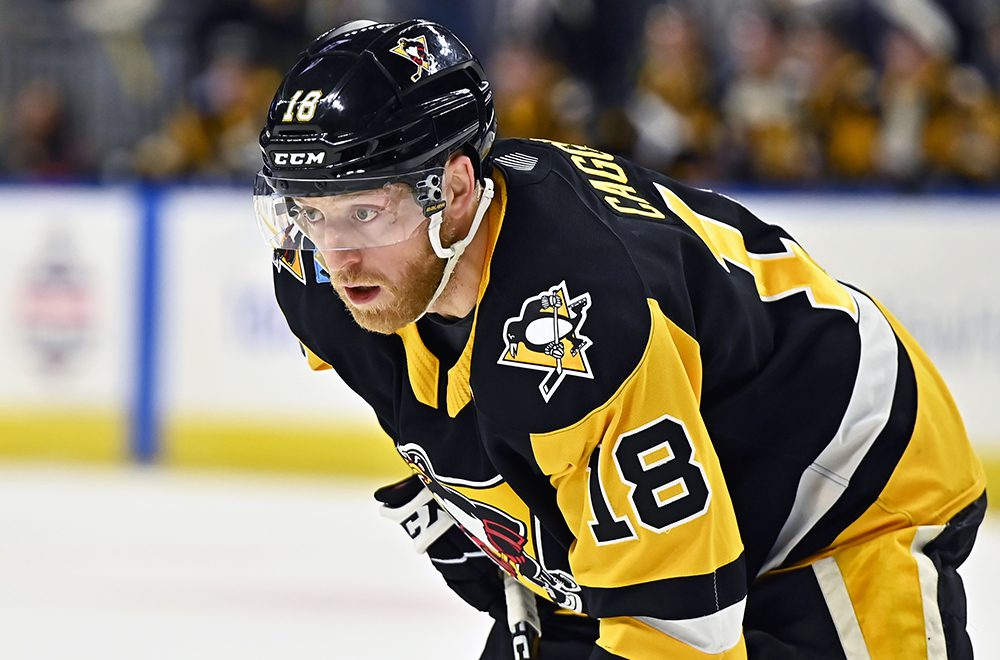 BRIDGEPORT, Conn. – The Wilkes-Barre/Scranton Penguins returned to the win column by downing the Bridgeport Islanders, 3-2, on Saturday night at Total Mortgage Arena.

Up by one goal entering the third period, Wilkes-Barre/Scranton (19-13-2-3) clamped down by only allowing two shots in the final frame of regulation. The Penguins’ offense was led by its line of Alex Nylander (1G-1A), Drake Caggiula (1G-1A) and Tyler Sikura (2A), while Dustin Tokarski turned in 22 saves in his return from the NHL.

After a quiet start to the contest, the floodgates opened late in the opening frame. Sam Houde struck first, rifling in a power-play goal at 15:51. One minute later, the Penguins forced an Islanders turnover on the breakout, leading to Nylander’s team-leading 16th goal of the season.

Bridgeport quickly stemmed the tide, getting a goal from Samuel Bolduc 67 seconds after Nylander’s strike. Bolduc tallied again early in the second period, tying the game at two goals apiece.

Nylander, Sikura and Caggiula combined for another go-ahead goal, with the latter wiring a one-timer past Islanders goalie Cory Schneider with 1:53 left in the middle frame.

The Penguins allowed only two shots in the third period, but Tokarski was at his best for one of them. Tokarski lunged post-to-post and stretched out for a toe save early in the frame to keep Wilkes-Barre/Scranton’s one-goal led intact.

Bridgeport was awarded a power play with eight minutes left in regulation, but did not generate a single shot as the Penguins’ penalty killers shut everything down.

Schneider finished the game with 23 saves on 26 shots faced, but left the game at the start of the third period. He was replaced by Jakub Škarek, who turned away all seven shots sent his way.

Wilkes-Barre/Scranton’s next game is the resumption of its suspended contest against the Utica Comets from Oct. 17. The restart is scheduled for 7:00 p.m. on Tuesday, Jan. 23. The Penguins and Comets will resume play with 2:43 left in the second period and Wilkes-Barre/Scranton trailing, 2-1.

The Penguins’ next home game is Saturday, Jan. 28, another bout with the Islanders. Puck drop for the Penguins and Islanders’ second meeting of the month is slated for 6:05 p.m. at Mohegan Sun Arena at Casey Plaza.

Individual game tickets and season-ticket packages for the 2022-23 season are on sale now. Full-Season, 22-game, 12-game, Flexbook and Premium Seating plans are available by reaching out to the Penguins…