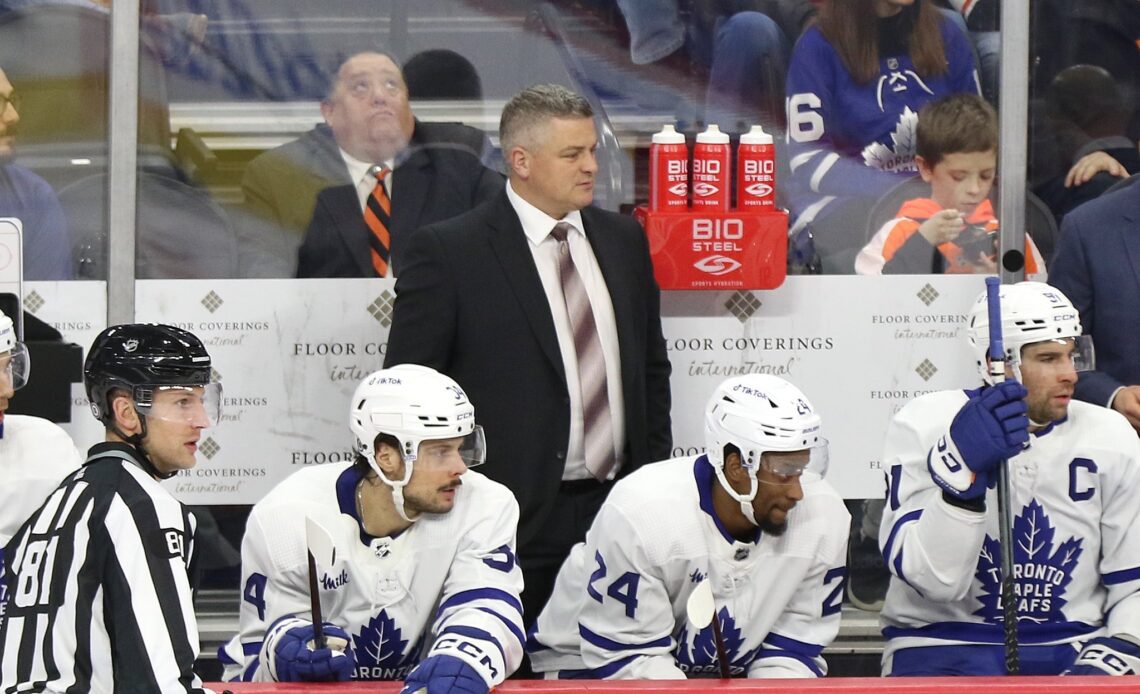 The Toronto Maple Leafs enter Saturday’s action in fourth place in the NHL standings by points percentage and third place by points earned. They’ve enjoyed as good a start to a regular season as they could have hoped for. Except they have a major dilemma on their hands.

Despite the Maple Leafs’ place in the standings, they’re not even first in their own division. Thanks to the “lovely” playoff format in place, that means another potential matchup with the defending Eastern Conference champion Tampa Bay Lightning.

Why are the Maple Leafs and Lightning destined for yet another playoff series? That’s because the Boston Bruins are in the midst of a truly historic season. The Bruins’ 76 points are 13 points ahead of the Maple Leafs. Thirteen!

As good as the Maple Leafs are, that’s a tall mountain to climb. The Bruins have lost nine games all season in 45 games played. To get at least a point in 88% of your games and wins in 80% of your games is absurd. They will make a real run at getting to 60 wins.

So if you’re the Maple Leafs, what do you do? They entered the season as favorites to not only win the Atlantic Division, but to win the Eastern Conference also. It figures the one team better than them is not only in their own division but out to enough of a lead where catching them would be extremely hard to do.

There’s really only one thing the Maple Leafs can do at this point given the circumstances. They must let the Bruins go and focus on their task at hand. If they’re going to play the Lightning in the first round, they might as well get home-ice advantage while doing so. That’s where the real race in the standings is.

The Maple Leafs and Bruins recently played a great game against each other. It showed just how good both teams are. But in the end, it was the Bruins that found a way to win in regulation. That 4-3 win put more separation between the two teams.

However this game also showed what the Maple Leafs should prioritize for the rest of the season. It starts with finishing second in the Atlantic so that a potential Game 7 is played at ScotiaBank Arena. But there’s more to it than just that.