Kraken’s Donato Showing Once Again How Valuable He Is 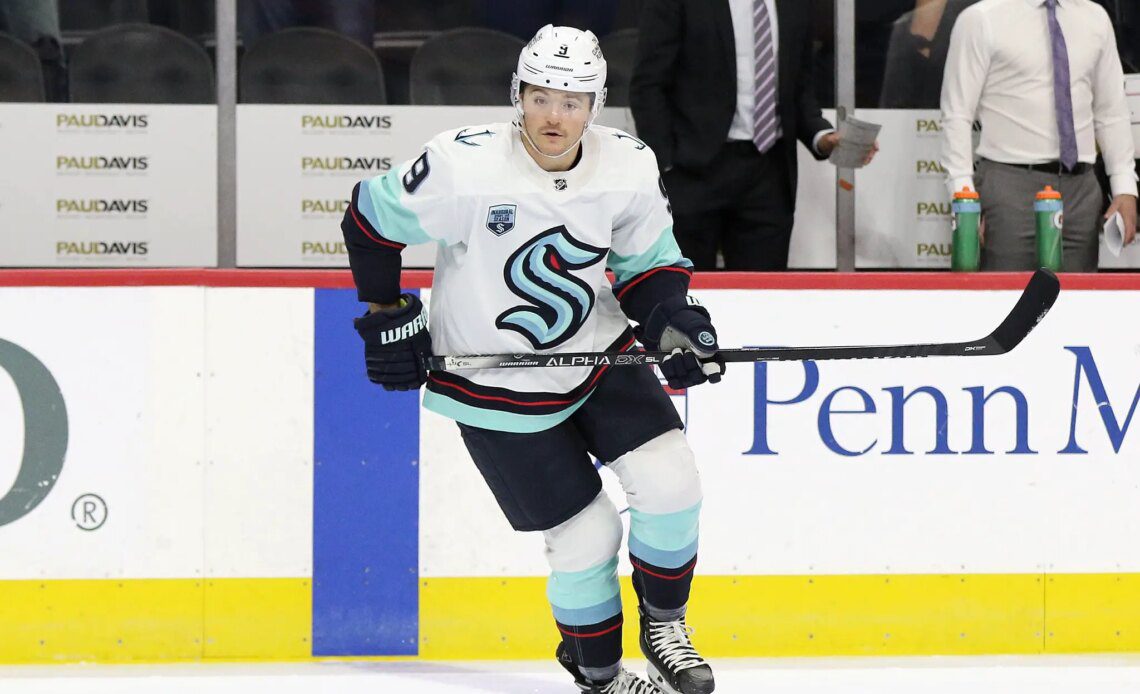 Ryan Donato is once again one of the best Seattle Kraken players that is rarely talked about. The 26-year-old is on pace to break his career high in points set last season with 31 and has done this despite playing mostly in the bottom six and without significant power-play time. His up-tempo play and strong positioning on the ice are just a few of the many reasons why he has become such an important part of Seattle’s organization.

Through 38 games, there is a ton to like when it comes to Ryan Donato’s production. He has already hit 10 goals on the season, which is six off his career high, and his 4.31 goals for per 60 minutes ranks third on the team at even strength behind Shane Wright (eight games played) and Eeli Tolvanen (11 games played). A big reason behind this success is he is making his shots on goal count. So far this season, he has 66 shots and is carrying a 15.2 percent shooting percentage which is seventh-best on the team. Despite playing less than 12 minutes a game on average, he is making the most of his opportunities and proving that he can be one of the most efficient offensive generators not just in Seattle but across the league.

Just like Donato’s offence, his defensive statistics are very impressive. While on the ice, the Kraken are giving up 1.8 goals against per 60 minutes at even strength. He is also carrying a 53.48 percent Corsi this season and has helped limit the opposition to 72 high-danger scoring chances. His defensive game relies on strong positioning, an ability to win board battles and, most importantly, create takeaways. In fact, his 17 takeaways this season are more than Justin Schultz, Carson Soucy, and Will Borgen have on the season. He has been impressive at both ends of the ice and has developed into a reliable two-way threat.

With most teams, including the Kraken, pushed up against the cap, having players with surplus value is imperative to a team’s success. This is another reason why Donato is so valuable to the organization, as he is playing above his contract’s value. Despite receiving a bump from $800,000 to $1.2 million this season, he is still considered underpaid for what he brings to the team, which is a positive for the Kraken as it will now allow them to go out and bring in a big name at the trade deadline if they desire.

When breaking down his cost per goal and…