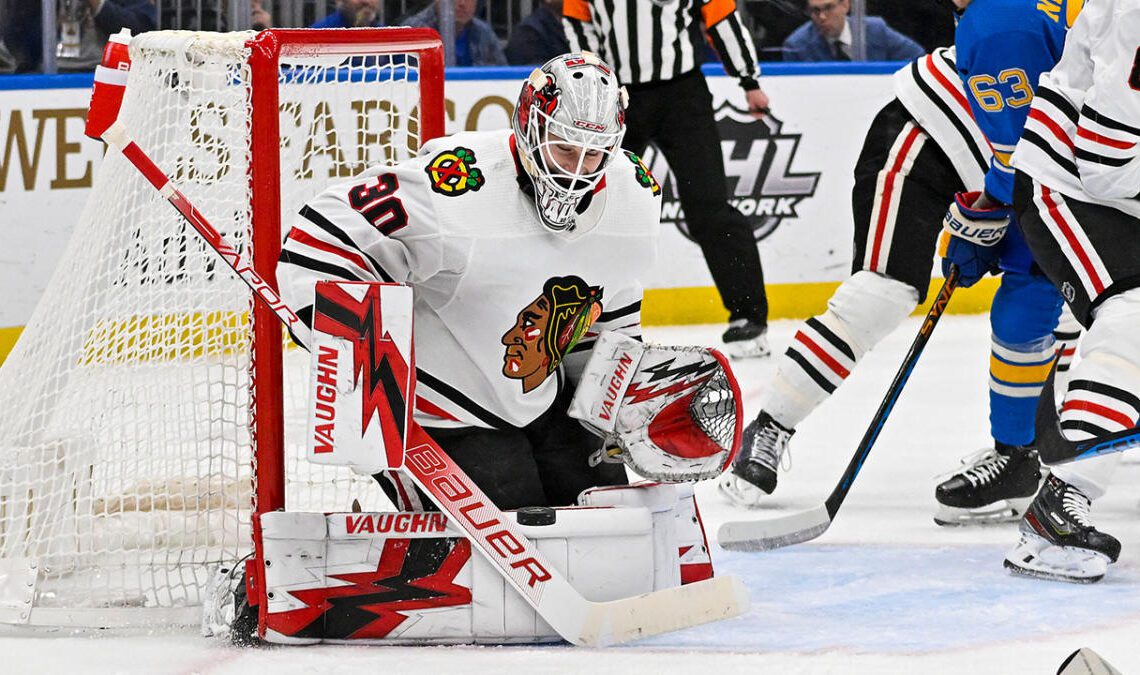 Stauber was tested early and often, and he was up to the task. He stopped the first 13 shots he faced and finished with 29 saves on 32 shots for a save percentage of .906.

“I don’t know, I can’t even put into words,” Stauber told NBC Sports Chicago on what his emotions were following the win. “I’m just so excited and so happy.”

Stauber’s mother Allison might have been more excited than Jaxson himself. The broadcast showed her screaming and clapping after the final horn, and rightfully so.

“It’s awesome,” Stauber said of having his parents in the building. “They’ve been with me from Day 1. To share this experience and this moment with them is really special.”

Stauber became the first Blackhawks goaltender to win in his NHL debut since Collin Delia on March 29, 2018. He was also the fifth goaltender to appear in a game for the Blackhawks this season.

With the win, the Blackhawks ended an 11-game winless skid against the Blues.