Badgers split with No. 7/8 Ohio State 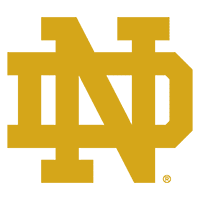 MADISON, Wis. — The Wisconsin men’s hockey team fell to No. 7/8 Ohio State in its series finale at the Kohl Center on Saturday for a weekend split.

Neither team found the back of the net in the first period. The Badgers held a narrow edge in shots, 10-9, and was unsuccessful on a two-minute, five-on-three power play.

Ohio State scored their first goal of the series at 6:24 in the second period during a stretch of four-on-four play. Stephen Halliday and Mason Lohrei setup Tate Singleton with a stretch pass as he skated into the Badgers zone. Singleton skated out from the hash marks and netted a wrist shot to give the Buckeyes a 1-0 lead.

Wisconsin posted five shots in the third period but was unable to even the score.

Ohio State’s Davis Burnside buried an empty-net goal in the final minute of the game to seal it for the Buckeyes, 2-0.

Next Up: The Badgers begin a two-week road trip next week when they travel to South Bend, Indiana, to take on the Notre Dame Fighting Irish…