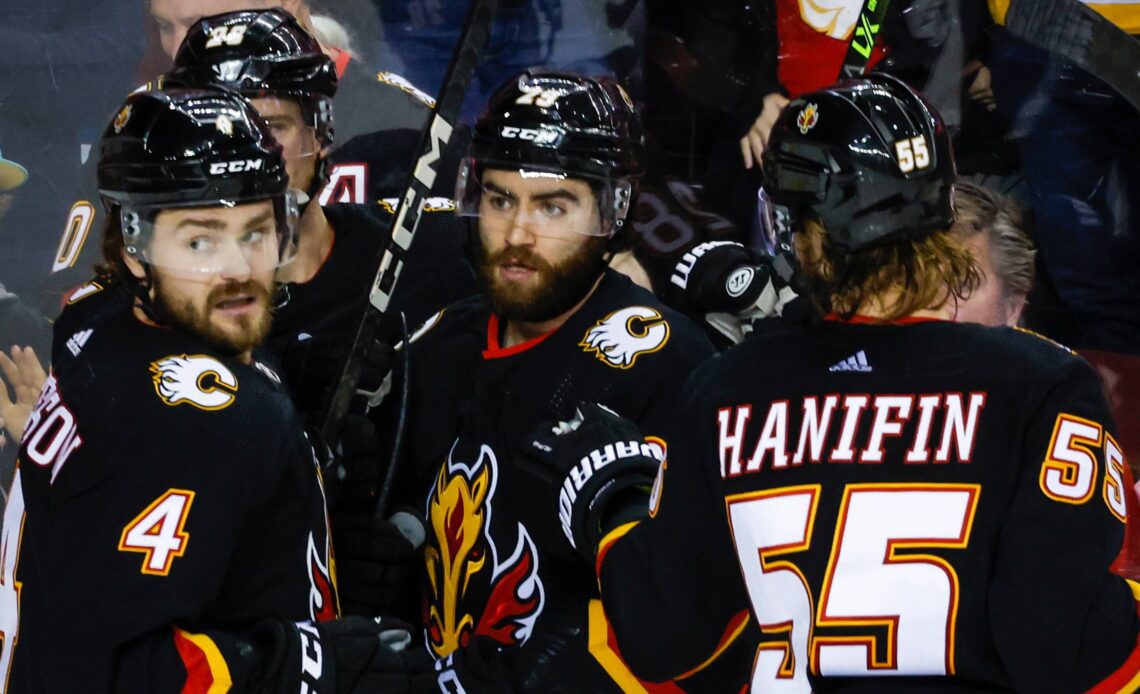 After getting off to a terrific start on Saturday afternoon, the Calgary Flames weren’t about to let a 48-second lapse in the second period undo that.

“We were ready to play,” said Andersson, whose goal was his seventh. “I think our first period, we were really good and even when they got up 2-1, we bounced back pretty quick.”

Coming off consecutive regulation time losses for the first time since November and up against an opponent who had won five of its previous six, the Flames were full marks for a 1-0 lead after 20 minutes, outshooting the Lightning 15-4.

The only goal, Nazem Kadri’s team-leading 18th, came on a power play.

Less than a minute later, the Flames went back on the power play, this time on a full two-minute, two-man advantage after Zach Bogosian took a roughing penalty in a post-whistle scrum after Nikita Kucherov had already been called for tripping.

Calgary had plenty of chances for a two-goal lead, peppering Andrei Vasilevskiy with four shots before the period ended. But the Flames failed to convert.

Despite carrying the territorial edge in play, the Lightning tied it at 10:20 of the second when Noah Hanifin’s turnover went right to Stamkos and he buried a slapshot under the crossbar to extend his point streak to eight games (six goals, six assists).

But the home team battled back, tying it just over a minute later on Tyler Toffoli’s wraparound that went in off Lightning defenceman Victor Hedman’s skate.

The misfortune would continue for Tampa Bay’s all-star defenceman. Five minutes later Calgary went ahead 3-2 when Andersson’s slapshot from the point deflected in off Hedman in front.

“We responded really well after their second goal,” said Andersson. “I’m proud of the guys. We bounced back quick and then once we got the lead, we played really well.”

Dillon Dube authored the eventual game-winner making it 4-2 at 7:40 of the third period, picking the top corner as he burst down the left wing.

“It was a battle out there right from the puck drop and they don’t quit,” said Dube. “They try and push you out of the rink and play hard. It was a fun game, these feel like playoff games.”