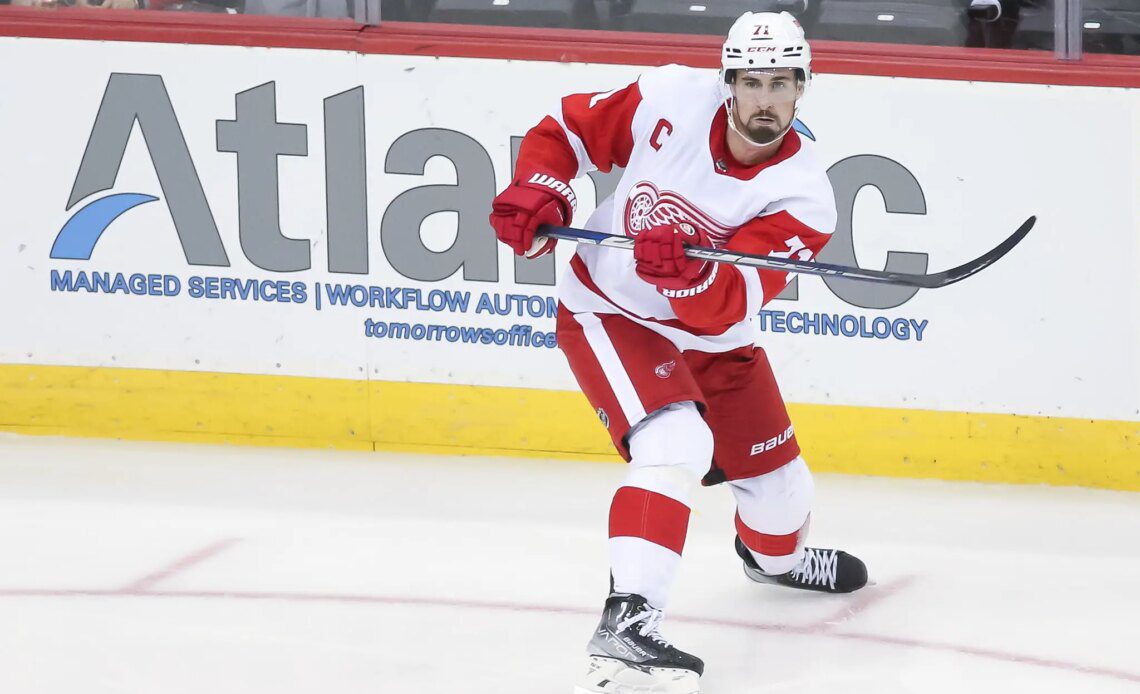 The Detroit Red Wings are working very hard to sign star center Dylan Larkin to a contract extension. Ultimately, it makes sense, as he is their captain and best forward. Yet, in a recent piece for The Fourth Period, David Pagnotta reported that the Red Wings and Larkin are “far apart in contract talks.” With the trade deadline less than two months away, this is very concerning, and Detroit will be forced to make a huge decision if things do not change on that front by March 3.

If Larkin is not signed to a new contract by then, the Red Wings will surely need to at least consider the prospect of trading him. After all, their playoff hopes are very low at the time of this writing, and they cannot afford to lose a player of his magnitude for nothing. Therefore, if the worst-case scenario does occur with the 2014 first-round pick, there’s a legitimate chance that we will see him traded. Let’s look at three potential landing spots for him if the Red Wings do in fact elect to shop him.

The Carolina Hurricanes stand out as a major landing spot for Larkin. After losing offseason departure Vincent Trocheck through free agency to the New York Rangers, the Hurricanes have yet to find a legitimate replacement for him at second-line center. Players such as Paul Stastny, Jordan Staal, and Jesperi Kotkaniemi have surely had their good moments, but none of them truly work as second-line centers for a team with Stanley Cup aspirations. Therefore, adding a center like Larkin is essential for Carolina before the deadline.

If Larkin is dealt to the Hurricanes, he would surely have far more weapons to work with. As a result, we could see his already-strong offensive numbers (41 points in 43 games) improve. When looking at a potential role for Larkin, I could envision him being Carolina’s 2C on a line with Andrei Svechnikov and Martin Necas. There’s no question that this trio would have the potential to be lethal and would make the Hurricanes a far scarier contender in the process. Furthermore, Larkin’s strong two-way play would ensure that he would play on both their power play and penalty kill.

With the Hurricanes being in win-now mode, they would likely pay the Red Wings’ asking price to land a legitimate star like Larkin. Their 2023 first-round pick, 2023 second-round, top prospect Scott Morrow, and Jack Drury…