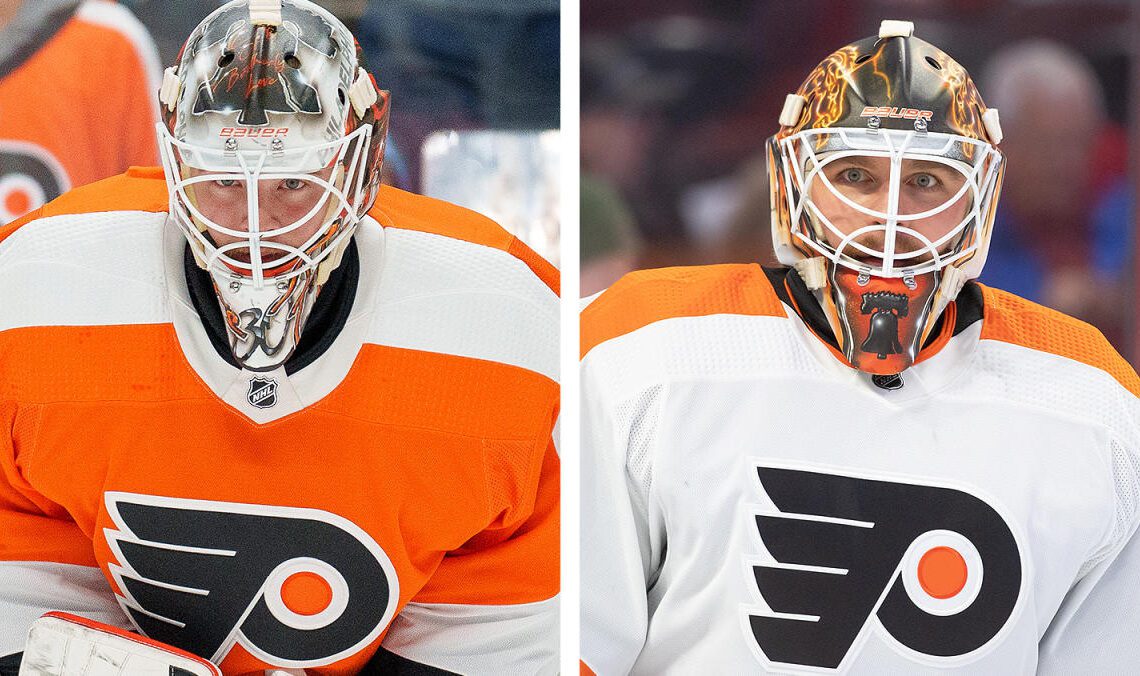 Samuel Ersson‘s audition with the Flyers came to an end Friday and it’s safe to say he impressed the big club’s decision-makers.

The 23-year-old goalie made a strong case to stay in the NHL. However, the Flyers would have run the risk of losing Felix Sandstrom through waivers had they decided to keep Ersson as their full-time backup to Carter Hart.

Sandstrom, who played well at AHL affiliate Lehigh Valley, was recalled by the Flyers following the conclusion of his two-week conditioning stint with the Phantoms. Ersson, still waivers exempt, was sent back to Lehigh Valley.

Ersson opened eyes with the Flyers. The 2018 fifth-round draft pick out of Sweden went 5-0-0 with a 2.37 goals-against average, .918 save percentage and one shutout. His only clunker came in his NHL debut. The Flyers lost, 6-5, to the Hurricanes and did little to help their goalies.

“Ers came in and has played well and deserved to play the games he played,” Flyers head coach John Tortorella said Jan. 5.

With Ersson heading to the Phantoms, he’ll start a ton of games as the No. 1 and help them in their playoff race.

Sandstrom, a fellow Swede, went 4-1-2 with a 2.39 goals-against average and .911 save percentage through his conditioning stint.

If the Flyers wanted to keep the 2015 third-round pick in Lehigh Valley, they needed to clear him through waivers. The 26-year-old will rejoin the 19-20-7 Flyers, who visit the Red Wings on Saturday (7 p.m. ET/NBCSP).