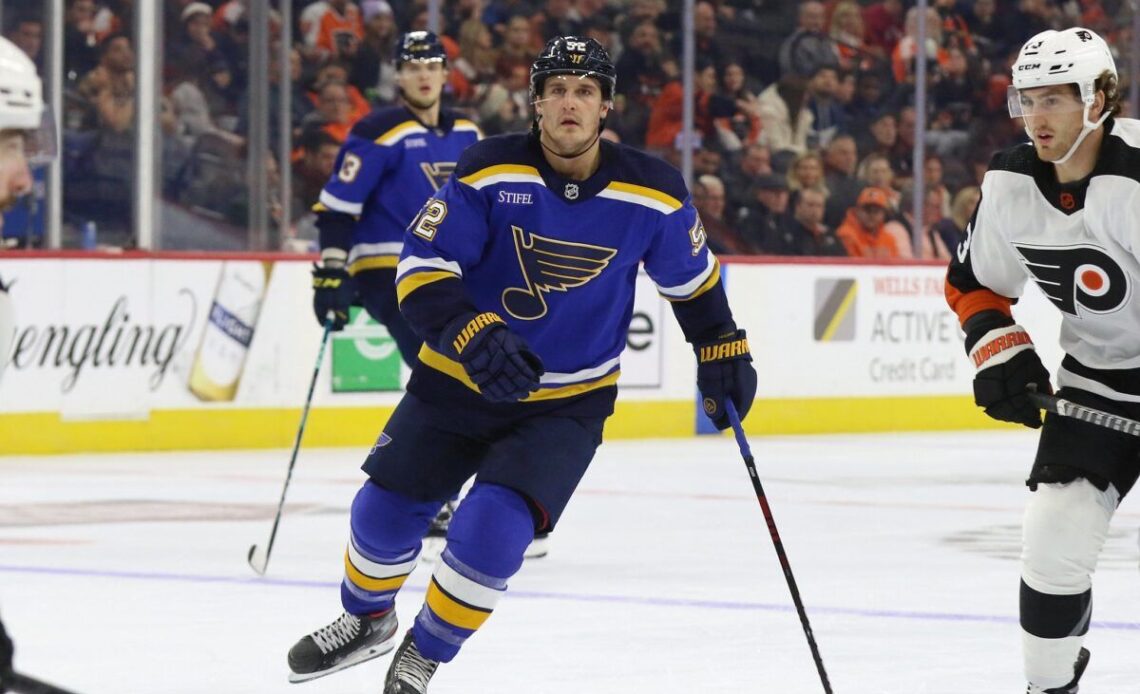 Having a couple of holes to fill on their roster, the Boston Bruins will be active on the phone leading up to the March 3 trade deadline. If history tells us anything general manager (GM) Don Sweeney will be active and will make a move of some kind. How big? Never count him out of making a splash.

One team that the Bruins could find as a trade partner to fill a need is the St. Louis Blues. First-year coach Jim Montgomery has very good knowledge of the Blues roster after being an assistant coach on Craig Berube’s staff before being hired by Sweeney. St. Louis is still within reach of a Western Conference wild card spot, but losing Ryan O’Reilly and Vladimir Tarasenko to injuries could put a damper on their hopes of getting into a playoff position. Here are three players that Boston should be interested in filling one of their needs.

One area that the Bruins have a need for is a bottom-six right wing and one player that could fill that role is Ivan Barbashev. The 27-year-old has six goals and 14 assists this season in 45 games, but he had 26 goals and 34 assists last season in 81 games. He is flexible being able to play all three forward positions and he averages 16 minutes a night in 2022-23.

He is an unrestricted free agent (UFA) following the season, but he carries a cheap cap hit of $2.5 million. Boston has a solid third line with Taylor Hall, Charlie Coyle, and Trent Frederic, but can Frederic continue his success all year long? Montgomery would be able to move Barbashev around the bottom six and he could slide into the middle in an emergency. Slotting him with Nick Foligno and Tomas Nosek on the fourth line would give that line more of a scoring threat than Craig Smith or A.J. Greer.

Another forward that the Blues might part ways with is former Bruin Noel Acciari. He spent the first four seasons of his career in Boston and the center and right wing has 10 goals this season and is on pace for a new career-high. The 10 goals tie for the second most for a season in his career.

Another UFA following the season, he comes with another cheap cap hit of $1.25 million and he could an addition as the Bruins had in 2019 with Marcus Johansson. The 31-year-old, who had 18 goals and 31 points during his four seasons in Boston, has won 53.4% of his faceoffs, but the speedy forward is…