Badgers storm past No. 7/8 Ohio State 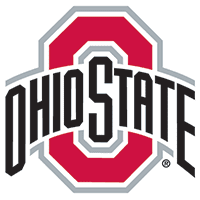 MADISON, Wis. — The Wisconsin men’s hockey team shutout the No. 7/8 Ohio State Buckeyes at the Kohl Center on Friday.

The Badgers played an excellent first period, outshooting OSU 11-5, but the game remained scoreless. After taking a one-goal lead in the second period, the Badgers capitalized on their momentum in the final stretch, netting three goals in the third period for a 4-0 victory.

Wisconsin grabbed the lead at 4:25 in the first period when Luke LaMaster scored his first goal as a Badger. Center Owen Lindmark won an offensive zone faceoff back to LaMaster, who beat goaltender Jakub Dobes with a wrister on his glove side off the post and in.

🚨 Luke LaMaster finds his first career goal off the face off!

Jack Gorniak added to the tally at the eight-minute mark in the third period when he buried a pass from Sam Stange on a two-on-one. Shay Donovan started the play in the Badgers’ zone with a breakout pass to Stange who blasted down the ice with Gorniak on his wing and set him up in the slot.

Gorniak nets his 3rd of the season, assisted by Stange and Donovan! pic.twitter.com/iVis0Nl3sp

Wisconsin went on the power play after OSU’s Tate…