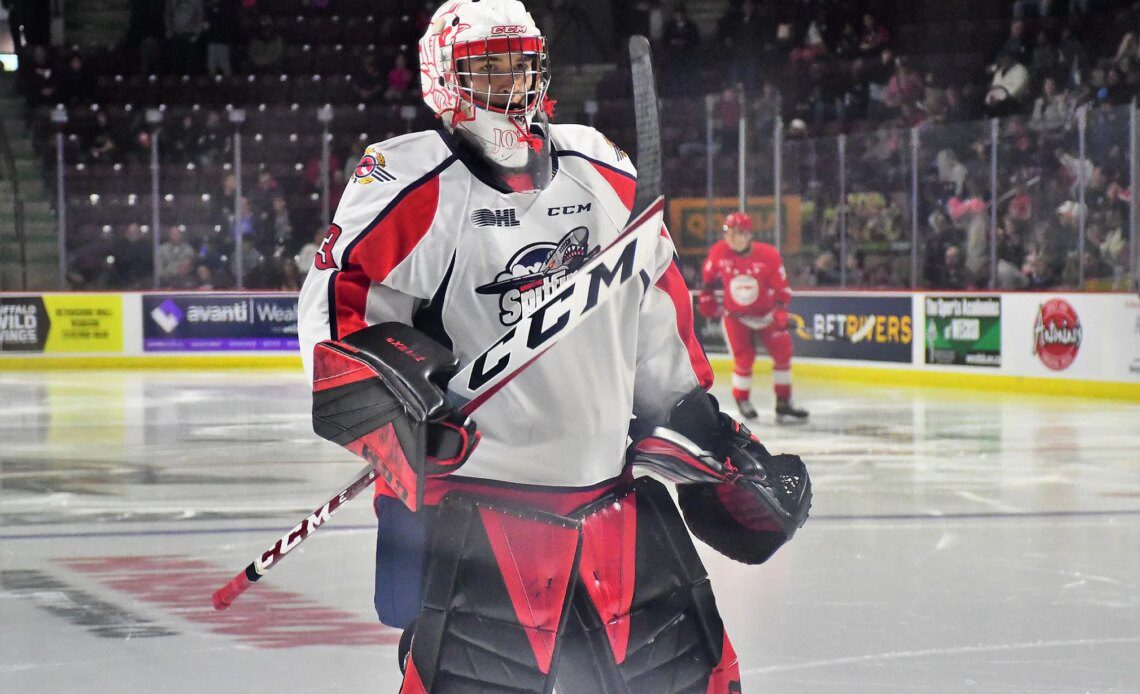 When the clock struck noon on Tuesday, Jan. 10, officially signalling the 2022-23 Ontario Hockey League (OHL) trade deadline, it started the unofficial second half. Windsor Spitfires general manager Bill Bowler did everything in his power to put his team in a position to win. Now, it’s up to the club to make it happen, and that creates five great storylines along the way.

Coming into the trade deadline, the Spitfires had several goals they wanted to tackle including forward depth, a strong defenceman, and, maybe most importantly, keeping the locker room cohesion that they treasure. It’s a tricky mix to find, but after four trades that saw five veterans enter and three leave (along with significant draft picks), they think they have what it takes to not only return to the OHL Championship but take the title. Last season’s loss to the Hamilton Bulldogs in Game 7 is fresh in their minds and they’re not playing around.

5 Stories to Watch After Trade Deadline

As the chaotic second half begins, here are five stories to watch.

5. Costanzo and Onuska Battling for Crease

This has become a bigger story than anyone anticipated. Coming into the season, it was clear that 20-year-old Mathias Onuska was the Spitfires’ starting goaltender and 17-year-old Joey Costanzo would back him up. The veteran was a key piece to the club’s 2021-22 OHL Championship appearance so it was all falling into place… until it wasn’t.

As this season has progressed, the whole situation has been turned upside down. Onuska has struggled to find last season’s consistency while Costanzo has been nothing short of lights out, bringing back memories of 2015 second-round pick Michael DiPietro, who was a young star himself.

There was talk around the WFCU Centre that the club could upgrade before the deadline, which would have ended Onuska’s time with the Spitfires. However, Bowler kept the pair together and the club remains hopeful that the veteran can find his way. However, as of Jan. 19, the two goaltenders have been statistically polar opposites. Costanzo has a 13-2-0-1 record in 21 games, sporting a goals-against average (GAA) of 2.86 and a save percentage (SV%) of .911. Onuska is 13-7-3-0 through 23 games with a 4.14 GAA and .870 SV%, both of which are worse than last season.

This becomes a big story heading into the second half. Will the 2023 NHL Draft-eligible Costanzo take over permanently or can…