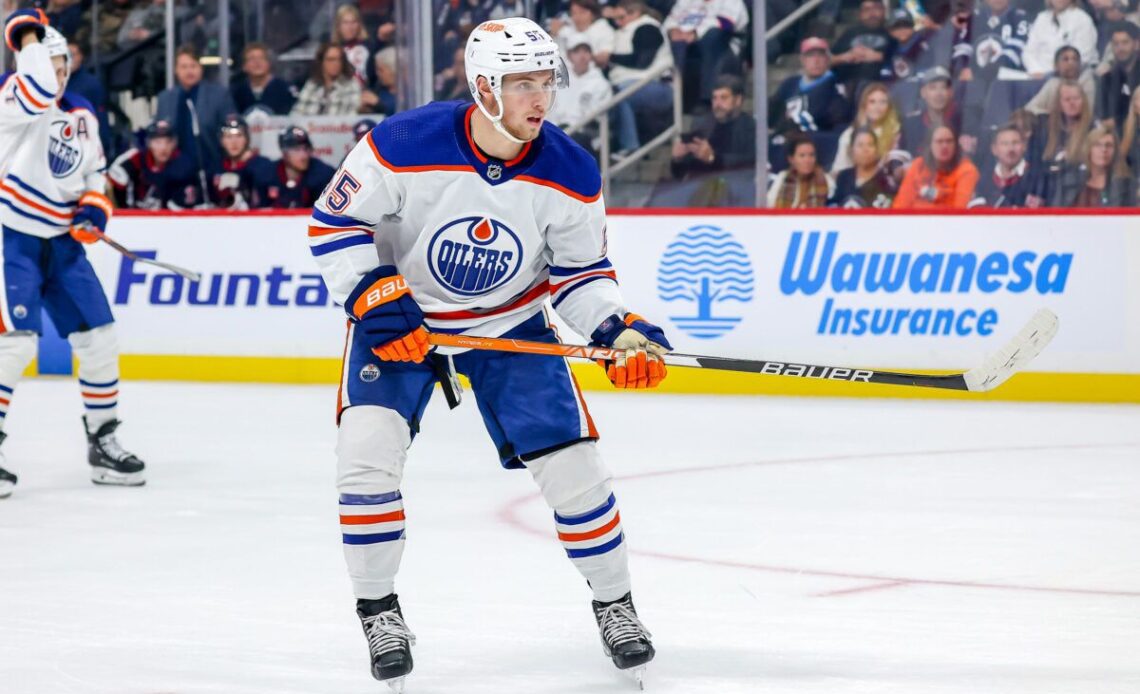 Since the day he was drafted 14th overall in 2020, the Edmonton Oilers fanbase has been quite excited about the future of Dylan Holloway. That excitement seemed to grow even more over the course of this past summer, as many anticipated what he would be able to do at the NHL level after a successful 2021-22 campaign spent with the Bakersfield Condors of the American Hockey League (AHL).

Though Holloway was limited to just 33 games during his rookie season with the Condors due to a wrist injury, he was able to put up a solid stat line of eight goals and 22 points, numbers that become all the more impressive when you factor in that he was just 20-years-old at the time. While it wasn’t a guarantee, most assumed he would spend the 2022-23 season with the Oilers, and that was proven correct after he was named to the opening night roster.

Related: Oilers Have Made 3 Forwards Available for Trade – Who Goes?

While it was good to see Holloway remain with the Oilers, however, he has failed to have the season many had envisioned. Rather than spending time alongside Connor McDavid like many had envisioned, he has most often appeared on the fourth line, and is averaging less than 10 minutes per game. That low ice time helps explain his lackluster three goals and nine points on the season. Despite the underwhelming totals, however, a deeper dive shows that he appears to be rounding a corner in his development.

To say Holloway’s NHL career got off to a bad start may be a tad understated. In his very first shift in the Oilers’ home opener, he made a perfect tape-to-tape pass that ended up in the back of the net. The problem? Well, it was his own team’s net, as he was trying to find Leon Draisaitl but instead gave it away to Elias Pettersson, who made the rookie pay.

Thankfully, for Holloway’s sake, the Oilers were able to bounce back after the early goal and went on to win the game. That giveaway seemed to shake Jay Woodcroft’s confidence in him, however, as he played just 8:06 on the night.

After that opening night, Holloway proceeded to go pointless over the next three straight games, before recording his first NHL assist in a win over the Calgary Flames. Nights later, he had another helper against the New Jersey Devils to give him two points in seven games. His offense soon dried up once again, however, as he had nine…